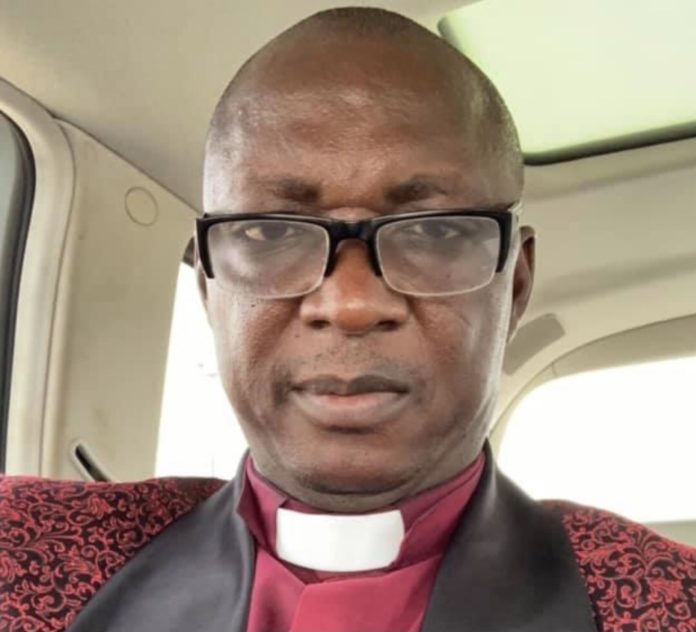 The Kaduna state chapter of the Christian Association of Nigeria (CAN), has condemned the murder of Fatima and her four children in Anambra state.
Fatima was said to have been killed with four of her children on Sunday at Isulo, Orumba North Local Government Area of Anambra state by gunmen.
In a statement Tuesday in Kaduna, Joseph Hayap, state chairman of the association described the act as barbaric, saying that people no longer value life in Nigeria.
He said evil has taken over Nigeria on the grounds of religion, region, ethnicity and other differences.
Hayab said, “We have read the story of the killing of Fatima, her unborn child and four children in Anambra with sadness and disappointment about how evil activities have expanded in our country while good people are divided and silent.
“Life in our country has become so cheap with the raising of many evil criminal groups in every part of the country.
“Killing of human beings are no longer a serious matter because the people have been divided by tribe, region, and religion which has made it impossible for us to collectively condemn the evil around us or fight the evil we are seeing as a united force.”
He said further that, “CAN see the massacre of Fatima, her unborn child, and four children by criminals and terrorists in Anambra as bad omen for Nigeria’s peace and unity.”
He said that association cannot keep quiet when evil is destroying the land.
“We all must know that when there is an injury to one then that injury is to all and evil only triumph when good people keep quiet and look the other way.
“CAN, therefore, is urging the federal government to go after Fatima’s murderers and all others who have killed any Nigerian from any region or of any identity.
“Untill our government and our law enforcement agencies go after all criminals and murderers and justice is seen to have been done on all murderers this evil will not stop and the murderers will not see their crime as evil but instead, they will smartly make us fight among ourselves and pay less attention to their crime”.
The statement commiserated with Fatima’s family and pray to God for comfort.
It added that CAN will continue to preach peace, pray for peace, and speak truth to power and against every wrongdoing in Kaduna state and Nigeria as a whole, “because we believe that an injury to one is an injury to all”.
The statement noted that Fatima’s murder in Anambra state, alongside her children has raised alot of concerns from Nigerians.