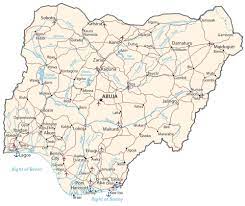 Although this could be a mere coincidence, there is a feeling among a section of Nigerians that the arrest of the IPOB leader, Nnamdi Kanu, only a day after Mr. Hope’s counsel to his kinsmen somehow underscored the plausibility of his political sensibilities and beliefs. Come to think of it, has that arrest not shown that President Buhari and his government can indeed influence the affairs of Nigeria in a most profound way because of the unbridled power at his disposal?

Despite the fact that the details are still sketchy, Kanu’s spectacular arrest in a foreign country and subsequent repatriation to Nigeria in a private jet is no mean intelligence feat. It is a testimony to the fact that President Buhari can muster the political will and harness the state’s human and material resources to enhance the security of the country and protect its sovereignty.

But security experts and many ordinary Nigerians wonder why these enormous state power and resources have not been deployed in equal and proportionate measure to neutralise the Islamist insurgency that has now turned Nigeria into a favorite playground of terrorists, the persistent Fulani herdsmen’s attacks against indigenous Nigerian communities and the armed bandits that have become a daily scourge to students, school children and law abiding citizens in northern Nigeria.

If the Nigeria Intelligence Agency (NIA), its sister intelligence and other security agencies have the acumen, wherewhital and scope to carry out such a daring clandestine operation (which has been described as “a breakthrough for our intelligence agencies,” according to thenationonline.com) outside the shores of our country, why have they not been able to muster same in the fight against these myriad security challenges at home for more than a decade now? This is the critical question that has been on the minds of Nigerians since the Justice Minister, Abubakar Malami, announced Kanu’s arrest.

In fact, this success shows that the security agencies have made tremendous progress from their 1984 fiasco when the attempt to smuggle the then Minister of Transport, Umaru Dikko, back to Nigeria in a crate woefully failed. That incident, which caused a lot of international embarrassment to the country, was recorded when Buhari was military head of state.

Nigerians further argue that if the country’s security agencies can synergize so efficiently with sister international bodies such as INTERPOL, then they should have been able to make some reasonable headway in exposing and prosecuting those Nigerians said to be funding Boko Haram from the United Arab Emirates. Unfortunately, this highly sensitive and strategic security matter has gone completely cold, more than one year after it first came to public knowledge.

On February 11, the untouchable Shiekh Ahmad Gumi claimed that Nigeria’s military was lackadaisical in prosecuting the war against terrorism for selfish reasons. During an Arise News television programme, the Islamic scholar alleged: “The military is not encouraging matters at all because they are the beneficiaries of this insecurity… the military don’t want this conflict to end because of the billions of Naira they claim for fighting insurgency.”

While we may not entirely support the sheikh’s modus operandi, it must be pointed out that he has only stepped into a small part of the huge gap the failure of government has created in the security system of the country.

That being said, that was not the first time Nigerians were hearing such allegations against the military. But what gave this one a measure of credibility was that Gumi had gained national notoriety for freely gaining access to and talking with the sundry militia groups that operate all over northern Nigeria as Islamist terrorists and armed bandits. Therefore, it could be assumed that he was speaking based on the first hand information extracted from them. Yet, the Buhari government, which has proved so adept at arresting Nnamdi Kanu, deliberately allowed this hot lead go cold, again.

The same could be said about Nigeria’s Fulani herdsmen who have been rated by international organisations as one of the deadliest terrorist groups in the world. These same security and intelligence agencies that worked together to arrest Kanu have not been able to bring even one of them to justice in the close to ten years they have been unleashing bloody terror on indigenous communities in other parts of the country.

It is instructive to note that while briefing the press, the justice minister disclosed that Kanu was being accused of “engaging in subversive activities that include inciting violence through television, radio and online broadcasts against Nigeria and Nigerian State institutions.”

Malami added, “Kanu is also accused of instigating violence especially in Southeastern Nigeria that resulted in the loss of lives and property of civilians, military, paramilitary, police forces and destruction of civil institutions and symbols of authorities.”

Any Nigerian who is reasonable, perceptive, enlightened and abreast with Nigeria’s current history knows that these crimes being attributed to Nnamdi Kanu are the very ones (and many more) that have been, are continuously being, perpetrated by one segment of the country, with the open and tacit support of the Buhari government, against a majority of Nigerians who happen to be outside the sphere of influence of the Caliphate.

The same goes for the sponsors of Boko Haram and the nascent Islamic State in West Africa Province and some of their well favoured operatives captured in the theatre of war. These same security outfits that are now receiving accolades for capturing Nnamdi Kanu dare not go after armed Fulani herdsmen known to have killed indigenous peoples and forcibly dispossessed hundreds of thousands of them of their ancestral lands all over Nigeria. This is because they (herdsmen) have a special status conferred on them by virtue of their race and religion.

Ironically, it is this double standard, outright duplicity, in the way the Buhari government has been grappling with the rising state of insecurity in Nigeria that is further fueling the problem. It is this hypocrisy and lack of transparency that has forced major Western nations to stop offering Nigeria any significant support in the fight against terrorism.

Certainly, the Buhari government has not arrested Nnamdi Kanu because of the gravity of his alleged crimes or out of any patriotic verve to protect the territorial integrity of Nigeria. They arrested Kanu chiefly to make an example out of him; to deter ‘other’ Nigerians who may be also be pushed by the compulsion to rise up against the injustices the Buhari administration is hoisting upon us, the ‘other’ citizens.

Kanu’s arrest is a show of force, a display of the raw power of the core North aimed at brutally crushing the will of anyone who may have the temerity to antagonize their hegemonic and tight grip on power. It’s a means to a long term goal that is well crafted and seemingly error-proof.

They feel that they have perfected their ominous agenda because they allowed the force of desperation blind them to the indomitability of the human spirit.

We close with this short news story carried by Daily Trust online (June 29, 2021) about a tweet by Governor El-Rufai’s son, Bashir, on Nnamdi Kanu’s arrest. With the headline, ‘He Should Be Locked Up With A Cow’, it captures the sheer contempt and revulsion with which not only the El-Rufais but the entire Northern Establishment view us, the ‘other’ Nigerians:
Bashir El-Rufai, one of the sons of Governor Nasir El-Rufai of Kaduna State, has mocked Nnamdi Kanu, leader of the Indigenous People of Biafra (IPOB), over his arrest.
The Attorney-General of the Federation (AGF), Abubakar Malami, had announced the arrest of Kanu at a press briefing in Abuja on Tuesday.
He said the fugitive leader of the outlawed sect was arrested on Sunday.
There have been different reactions to the arrest of the IPOB leader.
Commenting on the development, the governor’s son said it is a victory for the country.
He had tweeted a photo of the IPOB leader and followed with another tweet calling him a toothless bulldog.
There are those that will be upset this hooligan was arrested but will be too cowardly to express it. Victory for the country. May we all continue to progress in unison. He should be locked in a cell with a cow, please, President Buhari.