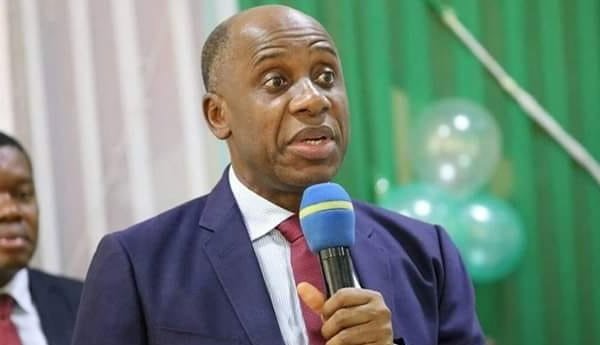 A chieftain of the ruling All Progressives Congress (APC) Dr. Garus Gololo, has accused the Minister of Transportation, Rotimi Amaechi of lying to Nigerians that the coaches bought for the Abuja – Kaduna train services were bullet-proofs.
Gololo also called on President Muhammadu Buhari to use his remaining days of his administration to right the wrongs in his government.
He alleged that, like Amaechi, many ministers were taking advantage of the insecurity in the country to amass fund to finance their 2023 ambitions.
Speaking to journalists on Sunday in Abuja, he said that “the bullet holes on the train, coupled with the number of casualties from the incident showed that the claim of a bullet-proof coaches by the minister was bogus, irresponsible and an outright lie.”
Gololo also condemned the minister’s request for N3billion to deploy digital security equipment to monitor activities along rail tracks.
The APC chieftain wondered why a “civilian minister of transport will arrogate to himself security expertise instead of enlisting the help of the National Security Adviser, (NSA), the Chief of Army Staff or Inspector General of Police to execute such a sensitive function such as installing sensors on rail corridors.”
Gololo, called on the minister to tell Nigerians the true state of various rail contracts entered into with Chinese companies.
He further urged the minister to make public, reasons for the delay in the construction of the Kano to Maradi (Niger Republic) rail line.
The APC stalwart lambasted Amaechi for alleged lack of transparency in carrying out the rail transportation agenda of the government.
He said, “Amaechi has not been forthcoming in making public the cost of the trains from foreign partners.
“We don’t know how much he purchased the trains and the actual loan implication for the project. In terms of sources of fund, percentage interest at repayment.
“These are things every Nigerian should know about these rail projects because it’s our money that Is been frittered.
“Moreover, he didn’t build new rail lines. He’s only consolidating on earlier works done by the former PDP government”.