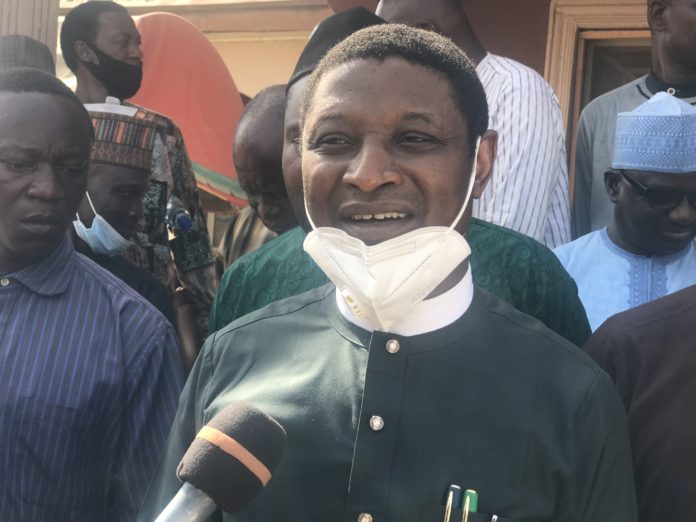 The Executive Secretary of the Nigeria Christian Pilgrim Commission (NCDC), Rev. Yakubu Pam, has described journalists as the “light and salt of the society”.
Pam stated this while delivery a sermon on Sunday at the Thanksgiving Service of the Correspondent Chapel, Plateau State Council of the Nigeria Union of Journalists (NUJ), which held at the Church of Christ in Nations (COCIN), Gigiring, Hwolshe, Jos.
He also decried the ethnic and religious conflicts among Nigerians, noting that religious fanatism is one of the problems bedeviling country.
Speaking on the topic: “Role of media in peace building: a biblical perspective,” Pam said “journalists are the light and salt of the society.”
He called on journalists to always adhere to the ethics of their profession and work towards uniting the society.
Pam who noted that Nigeria is currently facing security challenges and agitations from various groups for restructuring of the country, called on religious and political leaders to desist from making inciting comments that could cause crisis.
Also speaking, the pastor in charge of the Church, Rev. William Istifanus admonished journalists to be faithful in their work and uphold the sanctity of their calling.
“Be courageous and make a difference in this pervasive generation where speaking the truth has become difficult”, he advised journalists.