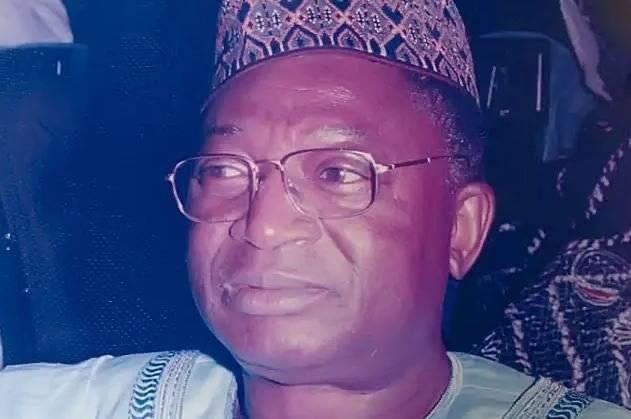 A former Minister of Defence, Lt. Gen. Joshua Dogon Yaro (Rtd), is dead.
The first son of the deceased, Joseph Dogonyaro, confirmed the death of his father in a telephone interview on Thursday.
He died on Thursday at the age of 80 at the Jos University Teaching Hospital.
“Daddy has been sick for some time until yesterday (Wednesday) when he had a stroke and we rushed him to the Jos University Teaching Hospital (JUTH) for medical attention.
“Unfortunately, early this morning of Thursday, around 3.00am precisely, he breathed his last and died.
“His death comes as a rude shock to us as a family. We are going to miss his love and warmth as a grandfather, father, brother, uncle and supporter”, Joseph said.
He added that the family was trying to cope with the shock of his father’s demise.
Dogon Yaro, was born on September 12, 1940 in Vom, Plateau state. He is a native of Tarok, in Langtang North Local Government Area of Plateau state.
He was Minister of Defence during late General Sani Abacha’s regime.
He had his early education at Boys’ Secondary School, Gindiri and enlisted in the Nigerian Army in1964.
He was commissioned Second-Lieutenant in the Nigerian Army Armoured Corps, 1967; Officer Commanding, 1 Recce Squadron, NA, 1967-69; Quartermaster General, I Infantry Division (Main), N, 1969-70.
Dogonyaro became Chief Instructor and Adjutant, Rece Training School, NA, 1970 to 1972; Commanding Officer, I Recce Regiment, NA., 1972 to 1976.
He was appointed Principal Staff Officer, Headquarters, Nigerian Army Armoured Corp, 1976 to 1977; Commanding Officer, 24 Armoured Brigade, NA., 1977-79.
Between 1984 and 1985, he was made the Task Force Commanding Officer, 203 Armoured Battalion on the Peace-keeping Force in Chad; Director of Manning (Army), Army Headquarters, ‘A’ Branch, N.A and Director of Armoury, 1985.
He was also the General Officer Commanding 3 Armoured Division, N.A, Jos, 1985 to 1987; member, Armed Forces Ruling Council (AFRC), 1985; General Officer Commanding 2nd Mechanised Division, N.A, Ibadan, 1987; promoted Major-General, 1988; Promoted Lt. General; former ECOMOG Commander; retired in 1993.
Dogonyaro also attended the National Institute for Policy and Strategic Studies, Kuru, Jos and obtained National Institute (mni) in addition to the Staff College (Psc) and Forces Service Star (FSS).
Joseph described his father as “a General who was so faithful and loyal to the nation, Nigeria.
“He was a general who had no bias mind as a detribalised Nigerian.
“He served this nation faithful and identified with all Nigerians and Africa as a continent.”