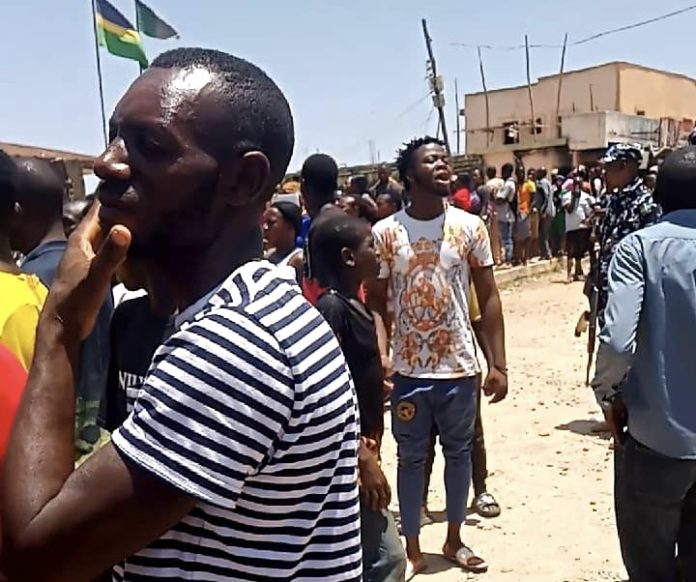 Hundreds of residents of Abattoir Area, Giring Ward in Jos South Local Government Area of Plateau state on Friday, protest against alleged nefarious activities of a Lebanese who specialised in defiling minors.
The residents who trooped to the Giring Police Station in their numbers alleged further that the Lebanese made
video recordings while having sexual intercourse with his victims.
One of the residents who spoke in an interview with AmazingTimes during the protest said the victims are teenage girls between 12 to 14 years some of who had been put in the family way.
The residents described as horrible and sad the hapless situations of the minors and their parents.
They also accused the police for releasing the Lebanese without proper investigations to ensure justice, stressing that whenever the culprits is released, he continues to perpetrate his evil deeds.
They said the protest to the police station was to ensure that justice prevails.
The residents further accused the police collecting bribe from the the culprit to be shielded from justice.
The residents called on state Plateau state government and the state police command to ensure thorough investigations and ensure justice.
The Lebanese was spotted at the Abattoir Police station as police personnel struggled to control the angry residents.
Efforts to get the reaction of the spokesman of the Plateau state police command was unsuccessful as his mobile phone was not connecting.