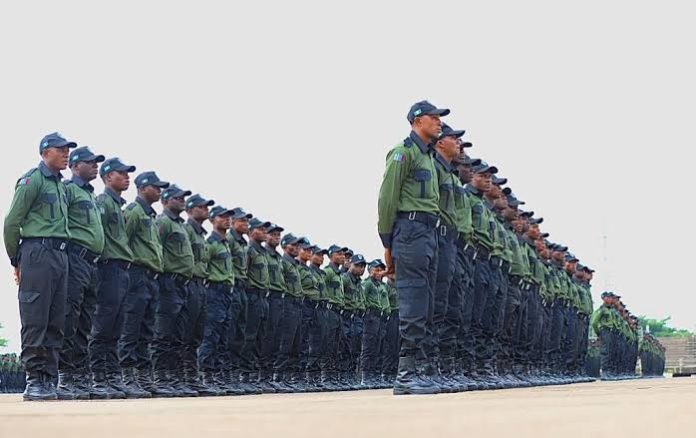 Benue state governor, Samuel Ortom, has inaugurated a security outfit known as “Community Volunteer Guards”, to address the security challenges in the state. Speaking on Thursday at the passing-out parade of the first batch of 500 members of the Guards in Makurdi, the state capital, Ortom said, the inauguration of the security outfit would have been unnecessary if the federal government had been serious with its constitutional mandate of securing lives and property of Nigerians by mobilising a robust response to banditry and terrorism that has made the country insecured.
He said the law had to be amended by his administration to create the agency to assist the conventional security agencies.
“By the provision of the new law, the Benue state Community Volunteer Guards can therefore, carry legally approved weapons which we have duly provided.
“This very expensive investment would have been avoided if it was not forced upon us by the perpetual siege that vicious terrorists have mounted on our land,” the governor said.
According to him, the conventional security personnel in Benue state are overwhelmed because of the security challenges in the state.
Ortom said those to be recruited must be within the age bracket of 18 to 50 years and should have a means of livelihood.
He said, “The genocidal terrorists have consistently attacked hundreds of Benue communities, burning, killing, raping and maiming thousands of persons and committing other unspeakable atrocities.”
He added that the state government is working on the legal procurement of sophisticated weapons to arm the guards.
“It is a fact that the federal government has been unable to disarm these tribal terrorists who have continued to maim and kill our people at will,” he said.
“As a result, the state government will apply for licence to legally procure AK-47, AK-49 and other sophisticated weapons to enable the guards to tackle these murderous terrorists effectively.”
He said, he was optimistic that the activities of the security outfit would reduce the attacks in the state.