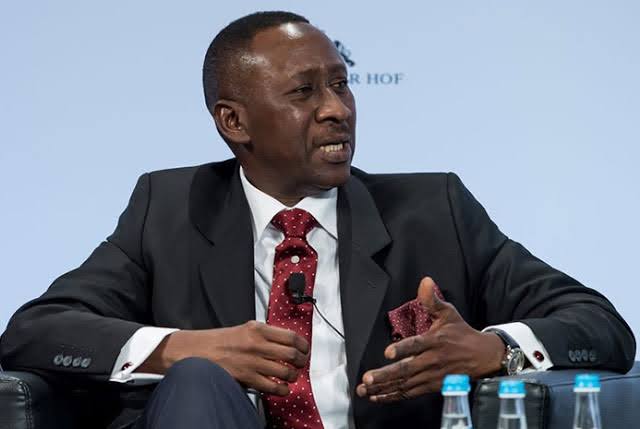 The Arewa Youth Assembly (AYA) is to embark on peaceful protest on Wednesday in Abuja to demand for the resignation of the National Security Adviser (NSA), Babagana Munguno over insecurity.
In a statement on Sunday in Kaduna, the group maintained that for the past seven years Munguno was appointed to the sensitive position of NSA, the security situation in the country has continued to descend, as terrorists and other criminal elements unleashed mayhem on Nigerians. The statement signed by the spokesman of AYA, Ali Mohammed, said there are enough reasons for Munguno to have resigned his appointment,”but he has refused to step down despite the mass killings across the country.”
The group lamented that Nigerians are no longer safe anywhere on the roads, farms, working place, markets and even their homes as terrorists move about freely kidnapping, killing and collecting millions of naira as ransom.
“As Nigerians are being killed mercilessly on daily basis, the NSA is comfortably occupying his office, enjoying uncompromised security, knowing these criminals cannot get to him”, the statement said.
According to the group, Nigerians who are being killed by the terrorist were the people who supported President Muhammadu Buhari to ensure his election and re-election in the hope that security will be improved and life will be better.
The group recalled that Buhari’s promised to address security challenges and tackle corruption were among the reasons why Nigerians voted for him.
It lamented that, “to the greatest surprise and dismay of the people, the security situation in the country is even worst under the Buhari administration.”
The group attributed the worsening insecurity to the failure of the NSA to live up to the responsibilities of his office.
The AYA also said it was disappointed at how terrorists outsmarted the government in the efforts to secure the abducted Abuja-Kaduna train passengers, some of who are still in captivity.
“Mallam Garba Shehu confirmed that terrorists demands were met, but the federal government’s demand was not met by these terrorists, which is freeing the kidnapped passengers of the Abuja-Kaduna train. This is an embarrassment,” the statement said.
“Mr. President, you cannot continue to retain the NSA at the detriment of the lives of the people. You cannot allow the security architecture to keep deteriorating, the NSA must go, he has nothing to offer, his ideas are obsolete and not contributing anything positive to the bad security situation in the country.
“We from the North are tired of these senseless killings, picking us one after another, we are suffering more than any region of the country, the insecurity is contributing to poverty and shortage of food.
” We therefore want the NSA gone for good, we want a positive change, we want an individual who is capable, active, brave, intelligent and equal to the task, we want an individual who can help address the security challenges…
“It is on this note, that we here by call out for a mass peaceful protest to hold on Wednesday 17th of August, 2022 , at exactly 8am.” “The protest is to hold at the gates of the Presidential Villa, FCT-Abuja as clearly stated in our notification sent to the relevant security authorities.
“This is to show our sadness and rejection of the situation of national security and demand for the resignation of the National Security Adviser, Gen. Babagana Mungono rtd…” the group said.
Mohammed added that similar peaceful protests would be held in the 19 Northern states at a later date.