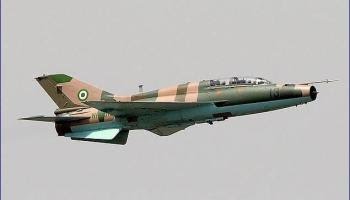 The Nigerian Air Force has taken delivery of the first batch of six A-29 Super Tucano aircraft from the US.
NAF’s Director of Public Relations and Information, Air Commodore Edward Gabkwet, disclosed this in a statement on Thursday in Abuja.
According to him, the aircraft arrived Kano state at about 12.34pm.
He said the Minister of Defence, Maj. Gen. Bashir Magashi (rtd), the Chief of Army Staff, Lt. Gen. Faruk Yahaya and the Chief of Air Staff, Air Marshal Oladayo Amao, chief of air staff, were on hand to receive the aircraft.
The Chief of Air Staff had earlier announced that the air force is expecting 20 fighter aircraft before the end of 2021.
He said aside from the batch which just arrived, six more A-29 Super Tucano aircraft will arrive in September, while two CH-3 and four CH-4 UCAVs will arrive the country before the end of 2021.
It is expected that the arrival of the Super Tucano aircraft will greatly enhance the fight against insurgents and bandits in the country.