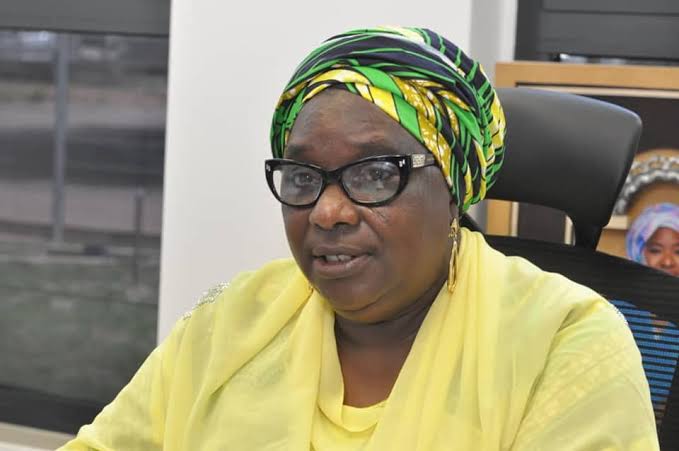 The Kaduna state government has appealed to the Nigerian Army to deploy more troops to the state to boost the ongoing operations against bandits and kidnappers.
A government house statement said the deputy governor of Kaduna state, Dr. Hadiza Balarabe, made the called on Wednesday when the Chief of Army Staff (COAS), Lt. Gen. Farouk Yahaya paid her a courtesy call at Government House, Kaduna.
Balarabe who noted that the ongoing military operations in parts of the metropolis has yielded positive results, however appealed to the Army Chief to firm up the attacks across the state to wipe out bandits.
She urged the COAS to deploy more troops along Kaduna-Kachia-Kafanchan roads as well as increased military presence along Kaduna-Birnin Gwari road to curb increasing cases of kidnappings by bandits.
“We are appealing for more deployment of troops along the Kaduna-Kachia road. This is one place that in recent times, has become a very serious source of concern.
“Initially we were thinking of the Kaduna-Abuja highway, but now because of the presence of troops there, kidnapping and banditry have moved to Kaduna-Kachia-Kafanchan axis,’’ she said.
She added that increased military presence is also required in Igabi, Chikun, Giwa and Kajuru Local Government Area of the state.
While commending the military for the operations, she however called for a more coordinated approach to tackle the bandits, noting that once security forces are in a particular area, the bandits move to other areas.
She also called on the Nigerian Army to consider deploying more troops to the Southern Kaduna general area, especially, Zangon Kataf LGA, following the recent crisis in the area which has led to destruction of lives and property.
She applauded the leadership of the Operation Safe Haven in trying to secure the Southern part of the state.
‘’We have had relative peace until recently when the crisis in Zangon Kataf started again and we feel that we should have more troops deployed there because it’s like the situation is overwhelming,’’ she said.
Speaking earlier, Lt. Gen. Yahaya who said he was in Kaduna for Senior Officers Seminar, commended the state government for the support being given to the Army.
“I would like to particularly appreciate His Excellency the Governor, Nasir El-Rufai for all the support we enjoy from him and from the Government of Kaduna State.
“I was here as the General Officer Commanding (GOC), 1 Division, I know how we related”, he said.
Yahaya said the Nigerian Army was aware of the security challenges in Kaduna and assured that everything will be done to flush out the criminals.
He added that troops are now taking the battle to the bandits.