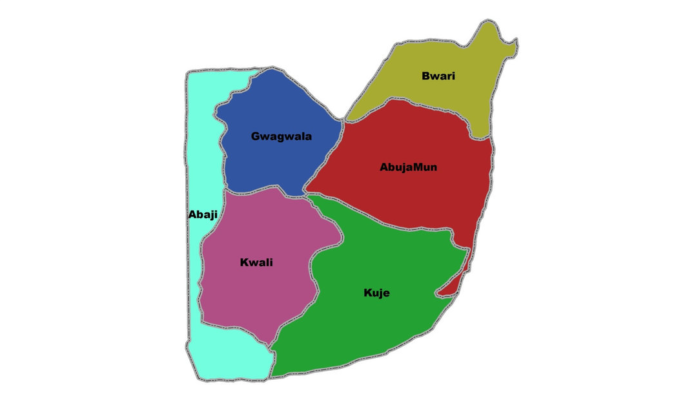 The Independent National Electoral Commission (INEC) has announced the results of Saturday’s elections in the six Area councils of the Federal Capital Territory (FCT).
The six Area councils are Bwari, Abaji, Gwagwalada, Kuje, Kwali and Municipal Council (AMAC).
According to INEC, the ruling All Progressives Congress (APC), the opposition Peoples Democratic Party (PDP) and 12 other political parties participated in the polls.
The results of the elections which were announced on Sunday shows that the PDP won in three council areas while the ruling APC clinched the remaining three.
The PDP won in AMAC, Bwari and Kuje while the APC won in
Gwagwalada, Kwali and Abaji.
In Bwari Council Area, the incumbent chairman, Shekwogaza Gabaya of the PDP, scored 13,045 votes to defeat his closest challenger, Haruna Shekwolo of the APC who scored 7, 697 votes.
The results were announced by Prof. Amuche Madu, the INEC Returning officer
In Kuje Area Council, Sule Magaji, INEC returning officer declared Suleman Sabo of the PDP as winner for the council chairmanship election.
According to the INEC Returning Officer, Sabo got 13,301 votes to defeat Hamidu of the APC who polled 7,694 votes.
In Gwagwalada Area Council
Jubrin Abubakar, candidate of the APC, was declared the winner of the chairmanship.
According to the results announced by the INEC returning officer, ID Umar, the APC candidate scored 11,125 votes to defeat his closest rival, Mohammed Kassim of the PDP who polled 9,597 votes.
In the Abuja Municipal Area Council (AMAC) poll, Christopher Zakka, candidate of the PDP, defeated Murtala Karshi of the APC in the chairmanship election.
According to the results, Zakka garnered 19,302 votes while got 13,249 votes.
Aso Rock, the country’s seat of power is located in AMAC.
The PDP also won 10 councillorship elections in 12 wards in the area, leaving the APC with two.
The INEC returning officer, Sani Saka, announced the results on Sunday.
In Kwali Area Council, the APC defeated the PDP.
According to the results declared by Wesley Daniel, the returning officer, Danladi Chiya, candidate of the APC, got 7,646 votes to defeat Haruna Pai of the PDP who polled 7,345 votes.
In Abaji Area Council, INEC declared the APC as winner of the chairmanship election.
However, the electoral umpire said due to a legal tussle over who the authentic candidate of the APC is, none of the contending aspirants will be declared winner.
The INEC returning officer, Gabriel Mordi, said the commission has no power to declare any of the APC aspirants as the winner of the election.
“We cannot declare a candidate winner in Abaji because the winning party does not have a candidate here, the case is still in court,” he said.
He added that a winner will be announced after the Supreme Court decision in the coming weeks.
In the election, the APC scored 7,280 votes to defeat Yahaya Garba of the PDP, who polled 4,063 votes.