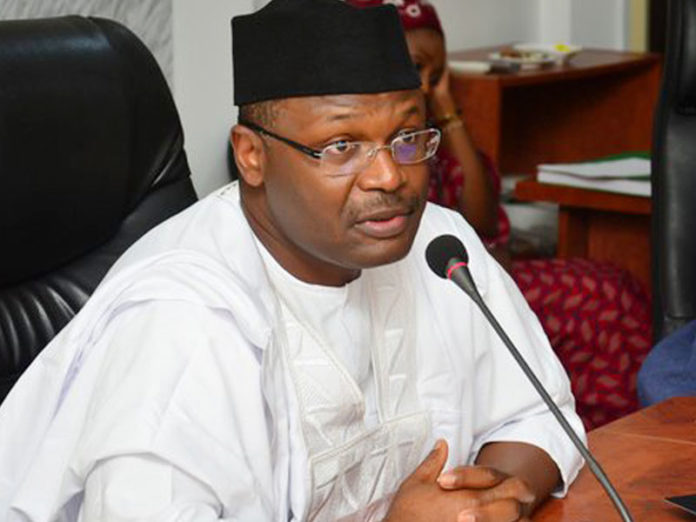 Chairman of the Independent National Electoral Commission (INEC), Prof. Mahmoud Yakubu has said that the the timetable for the 2023 general elections will be release after the Anambra governorship election scheduled for November 6.
Yakubu disclosed this on Wednesday in Abuja at a public hearing on the electoral act amendment bill.
The INEC Chairman also assured that the commission will introduce far-reaching reforms aimed at improving Nigeria’s electoral process.
He said, going by the “principle established by the commission, the 2023 general elections will hold on Saturday, February 18, 2023 which is exactly one year, nine months, two weeks and six days or 660 days from today”.
“We hope to release the timetable and schedule of activities for the general election immediately after the Anambra governorship election scheduled to hold on 6th November 2021.
“In order to do so, there should be clarity and certainty about the electoral legal framework to govern the election. We are confident that the national assembly will do the needful in earnest”, the INEC Chairman said.
Yakubu who called for the prosecution of sponsors of electoral violence and ballot box snatchers, lamenting however that among the many responsibilities of the commission, the prosecution of electoral offenders, had been one of the most challenging.
“For instance, since the 2015 general elections, 125 cases of electoral offences were filed in various courts out of which 60 convictions have been secured so far, including the most recent one in Akwa Ibom state.
He said “INEC would like to see more successful prosecution of offenders, not just of ballot box snatchers and falsifiers of election results but most importantly their sponsors.
“We look forward to the day when highly placed sponsors of thuggery, including party chieftains and candidates that seek to benefit from violations of the law are apprehended.”