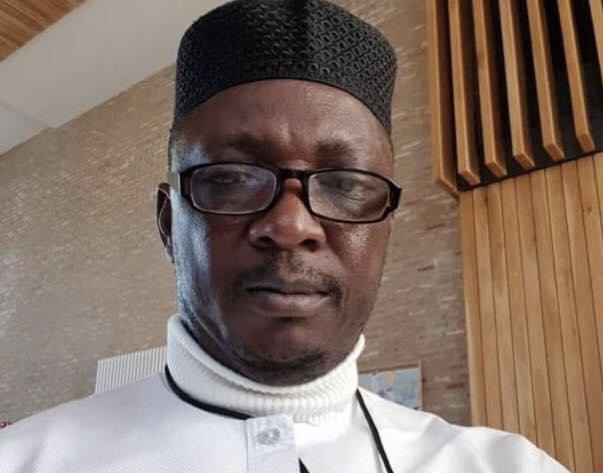 Chairman of the Kaduna state chapter of the Christian Association of Nigeria (CAN), Rev. Joseph Hayab, has urged Nigerians to disregard speculations linking the Minister of Communications and Dgital Economy, Dr. Isa Pantami to the death of a former governor of Kaduna state, Mr. Patrick Yakowa, until investigations are carried out.
The minister has been under attack for the views he expressed some years ago in support of terror groups.
A document purporting to be minutes of a zonal meeting of the Jama’atu Nasril Islam (JNI) in July 2010 where plans to killed Yakowa was allegedly
chaired by the minister has gone virile on some social media platforms.
Yakowa and a former National Security Adviser Gen. Owoye Azazi (rtd) died in December 15, 2012 in a helicopter crash in Bayelsa state.
The purported document said to be minutes of the meeting allegedly chaired by Pantami in 2010, claimed that a decision was taking to eliminate Yakowa and his family and that Kaduna state should be made ungovernable.
However, in a statement on Friday in Kaduna, Hayab who served as Special Adviser to Yakowa on Religious Affairs, maintained that such allegations should not be disregarded until proper investigations are carried out.
Hayab said “I have followed the unfolding saga and grievous revelations against the Minister of Communication and Digital Economy, Dr Isa Ibrahim Pantami.
“However, I am alarmed by the dangerous turns of events, especially the issue linked with the release of some documents with doubtful authenticity linking the embattled minister and the Muslim community with the death of His Excellency, Sir Patrick Ibrahim Yakowa.”
He said, the church and Yakowa’s family consider the allegation very serious with a possible adverse impact on peace and national security and “expresses strong reservations and concerns about statements like the ones associated in the past by Pantami as circulated in audios and videos released on social media.”
According to Hayab said society’s discomforts and disagreements “should not be enough reasons for us to approve the circulation of phony and injurious statements against any perceived foe.”
He added that the communique could be doctored, stressing that in this of age of technological advancements, “we have to take any allegations with a pinch of salt until we are confident of the authenticity of the source.”
The statement said, “Sensitive documents like the ones purported to be from the JNI meeting in Bauchi should be subjected to thorough security investigation and trials, not tools for social media warfare. “The danger of making this a media issue, instead of a legal and security issue that it ought to be, is that we stand to lose the most important point; that of bringing to justice persons accused to have wronged the law.
“Accordingly, there is a need for circumspection and care so that we do not throw our communities into further chaos in the rush to hang one man.”
The statement maintained that at a time of strained relationships between neighbours, mediatory interventions and peace building rather are needed rather than adding fuel to the raging fire.
“To be sure, when Sir, Yakowa died in an air crash there was no inquiry to determine the cause of his death, aside from the immediate and likely technical fault leading to the helicopter crash.
“We, the Christian community and indeed his immediate family acknowledged the tragedy, submitting to the will of God Almighty.
“For that purpose, there is no point, now or later, to open up what will not bring back our leader and father but rather open up old wounds in a very controversial manner”, Hayab said.
He called on those with an axe to grind with Pantami to do so within their limits, stressing that as a Church leader, he believes that “justice is natural and we shall live to account before our Lord.”
Besides, Hayab said “if we support unverified allegations against someone today because we loathe the person, the monster could be deployed against us or someone we cherish tomorrow.”
He said, “As someone very close to the late Yakowa, I call on all Nigerians to ignore the insinuations linking Pantami with Sir Yakowa’s death, endangering national peace. “This, I call on security agencies to step in and tame the circulation of such dangerous documents. We cannot afford to stock fire when we should be pouring more water.”
He appealed to those who feel they have information to help the security agencies investigate whatever crimes against groups or individuals should do so without exacerbating the tension by formulating tales in the public space.