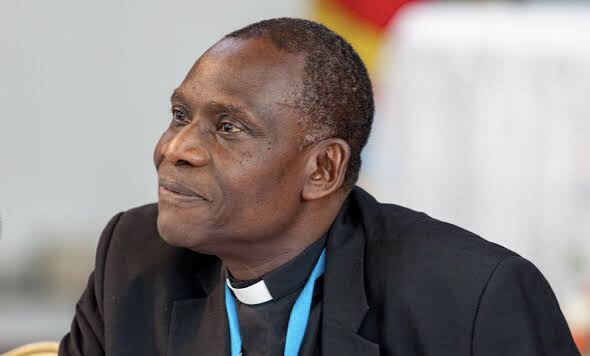 The Secretary General of the Anglican Communion (Worldwide), Most Rev. Josiah Idowu-Fearon, has made further clarification about the position of the church on gay. Speaking in an interview via zoom, the former Archbishop of the Kaduna diocese of the Anglican Communion, said the Bible is very clear about homosexuality.
“On the issue of homosexuality, the Bible is very clear. The passages in the Bible say, all liars, all homosexuals, all corrupt people will go to hell”, he said.
According to him, “There is no church that is not wrestling with this human sexuality problem.”
Idowu-Fearon, explained that the Anglican Communion of churches, is a union of independent churches that are interdependence, adding that it is not one church like the Roman Catholic which has a centralised government with the Pope as the head of the church.
“In Anglican Communion of Churches, every church is independent, but all the churches are interdependent, very important in the way we govern the church.
“We have four instruments that help us to govern ourselves. In the Anglican communion, we have no system or outfit to tell a particular church to be excluded. We are a church that allows every voice to be heard”, he said.
He said, the Anglican Communion came out with a far reaching resolution on the issue  of gay at the 1998 Lambert Conference “which is very, very, clear”.
He said, “In 1998, we took a decision and we said, in view of the teaching of the scripture, we uphold faithfulness in marriage between a man and a woman in life long union and we believe that abstinence is right for those who are not call to marriage.
“That is the position of the Anglican Church, it has not changed.”
The resolution at the 1998 Lambeth Conference, titled “Resolution 110”, a copy of which was made available to Amazing Times, states as follows:

This conference,
1. commends to the Church the subsection report on human sexuality;
2. in view of the teaching of Scripture, upholds faithfulness in marriage between a man and a woman in lifelong union, and believes that abstinence is right for those who are not called to marriage;
3. recognises that there are among us persons who experience themselves as having a homosexual orientation. Many of these are members of the Church and are seeking the pastoral care, moral direction of the Church, and God’s transforming power for the living of their lives and the ordering of relationships. We commit ourselves to listen to the experience of homosexual persons and we wish to assure them that they are loved by God and that all baptised, believing and faithful persons, regardless of sexual orientation, are full members of the Body of Christ;
4. while rejecting homosexual practice as incompatible with Scripture, calls on all our people to minister pastorally and sensitively to all irrespective of sexual orientation and to condemn irrational fear of homosexuals, violence within marriage and any trivialisation and commercialisation of sex; 5. cannot advise the legitimising or blessing of same sex unions nor ordaining those involved in same gender unions;
6. requests the Primates and the ACC to establish a means of monitoring the work done on the subject of human sexuality in the Communion and to share statements and resources among us;
7.notes the significance of the Kuala Lumpur Statement on Human Sexuality and the concerns expressed in resolutions IV.26, V.1, V.10, V.23 and V.35 on the authority of Scripture in matters of marriage and sexuality and asks the Primates and the ACC to include them in their monitoring process.