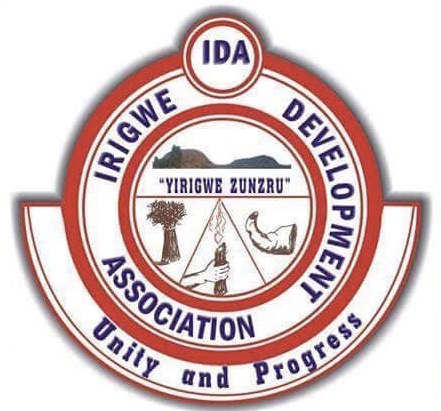 The Irigwe Development Association (IDA), has distanced itself from Saturday’s killing of commuters along Rukuba Road, Jos.
In a statement  in Jos, the group asked the Plateau state police command to withdraw its statement attributing the killings to “suspected Irigwe youths”.
The police command had in a statement on Saturday by its spokesman, Gabriel Ogaba, said the killings were carried out by “suspected Irigwe youths.”
According to Ogaba, “On 14/08/2021 at about 0928hrs, the Plateau State Police Command received a distress call that a group of attackers suspected to be Irigwe youths and their sympathisers along Rukuba Road of Jos North LGA attacked a convoy of five buses with Muslim faithful who were coming back from the Annual Zikr prayer in Bauchi State and heading to Ikare in Ondo State”.
However, the IDA in a statement signed by Davidson Malison, its National Publicity Secretary of IDA, took exception to the police statement attributing the killings to Irigwe youths.
The statement condemned the killings and expressed sympathy to the families of those affected.
“As every life is considered sacrosanct , inviolable and revered by God so, a Rigwe man respect and value human life.
“As part of people who believe in oneness and sanctity of human life, we want to tow the path of humanity and peace by condemning the act of violence and skirmishes that occurred along Rukuba Road Jos today(14/8/2021) where some criminal elements engaged commuters in an ungodly act which led to several lost of lives”, the group said.
“We deeply sympathize with the families of those whose members were affected and pray for the quickest recuperation of the injured”, the statement added.
“However, we want to condemn in the strongest terms the sentimental, biased and unprofessional statement issued  by the Plateau State Police Command via the Police Public Relation Officer (PPRO), ASP Ubah Gabriel Ogaba that: “A group of Attackers suspected to be Irigwe Youth and their mourners along Rukuba Road of Jos North attacked a convoy of five buses with Muslim faithful who were coming back from annual Zirk prayer in Bauchi State and heading to Ikare in Ondo State”, the statement said.
Malison said, “it is a known fact that Rukuba Road as a cosmopolitan area does not only habitat Rigwe people and so, the prompt and swift ethnic inclination or attachment is not only a display of partiality in the act of discharging duty but a demonstration of non objectivity, sidedness, partisanship and prejudice against Rigwe people”.
Malison said further that, “One would wonder the level of investigation and interrogation that have taken place in less than five hours to come out the identity of culprits and perpetrators where as it has taken them years to investigate yet no revelation of the identity of people who have terrorized and still terrorizing almost every part of Nigeria.”
The statement said the “Rigwe nation has been under attack for more than three weeks and they (police) have never issued a statement neither to attach an identity of the perpetrators in spite of numerous submission of names of suspects but have been comfortably using the profile ‘unknown gunmen”.
The statement noted the prompt action by the Plateau police commissioner and GOC, 3rd Armoured Division following the incident, stressing that such prompt action was never given during the massive attacks on Irigwe communities despite fact that the Headquarters and Barracks of the 3rd Armoured Division is located near the communities.
“Let it also be known to the general public that the identity of the suspects the police claimed they arrested in connection with the killings of three Rigwe women on the 10th August,2021 has not been released or publicised.
“The culprits must be faceless people or ghost even in police detention we think.
“It is on record that Rigwe people spent the day mourning and bidding final farewell to the six out of over 70 people killed by Fulani militias and so had no time to engage in such unholy and nefarious act…
“While we still mourn and grief, we kindly ask the Police Command to withdraw such an unfounded statement that is capable of tarnishing and ruining the image of Rigwe people…
“We strongly advise the police and other security agencies to channel their energies and time in devising means of arresting those who have been fingered as the major people unleashing terror in this nation rather than profiling a peaceful tribe with criminality”, the IDA said.