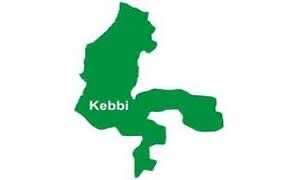 There are concerns over a looming humanitarian crisis in Zuru emirate, Kebbi state as thousands of villagers flee their communities almost on a daily basis following invasions by rampaging bandits. Three of the four Local Government Areas in the emirate – Sakaba, Donka/Wasagu and Fakai are said to be worst affected.
It was learnt that banditry which started as isolated cases in the area some seven years ago, has become a daily occurrences since 2020.
A large number of livestock have been rustled and many people had been displaced from their communities.
The bandits are said to be going about raiding communities even in broad daylight.
This is causing a massive influx of villagers urban or semi-urban areas that are considered safe.
According to the village head of Donka in Donka/Wasagu LGA, Mallam Jibrin Danko, the number of displaced people that had relocated to his community is unprecedented.
“Right now the number of refugees in Donka town is three or four times the number of residents here. I can’t estimate their number, but they are in their thousands. They are still coming each day and feeding them is a huge challenge,” he said.
The village head added that most of the refugees escaped with only what they had on, without any of their belongings.
He said, some of the women have resorted to begging, noting that the days ahead may be difficult unless their is urgent intervention.
The displaced people are said to be spred across every other community considered as a safe zone.
Reacting to the crisis, the Kebbi state government said something was being done to address the situation.
In an interview, the Kebbi state Commissioner of Information, Rakiya Ayuba said the state government was aware of the humanitarian situation in the Zuru emirate and it was doing something about it.
She said the state government and individuals recently donated food items to assist the victims, adding that more will be done.
“No government or any human being that will not be touched by what is happening in Zuru emirate.
“The governor is deeply troubled by the development and he is putting in measures to assist the security personnel on ground with more logistics and other support.
“As for the IDPs we shall continue to assist them with food and other essentials. We are pleading for the understanding of everyone,” she said.
The commissioner called for prayers for God’s intervention.
Also commenting on the issue, a member of the state House of Assembly, representing Sakaba constituency, Hon. Salisu Dangoje, lamented the humanitarian crisis in his constituency and called for urgent assistance before it is too late.
Dangoje said the victims were in urgent need for food, shelter and clothing.