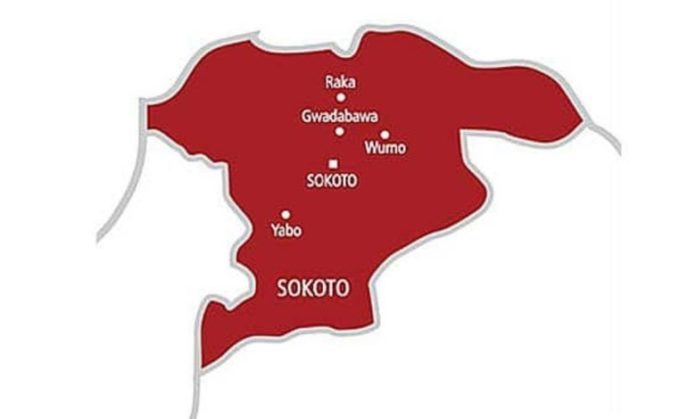 Rampaging protesters demanding the release of suspected killers of Deborah Samuel, a student of the Shehu Shagari College of Education, Sokoto (SSCOE), on Saturday vandalised and torched two of the parishes of the Catholic Dioceses of Sokoto.
The two parishes are presided over by the Catholic Bishop of Sokoto, Most Rev. Mathew Kukah.
Deborah was stoned and burnt to death on Thursday by Muslim extremists in the school who accused her of alleged blasphemy against Prophet Mohammed.
The protesting youths were demanding the release of the suspects arrested by the police
The Director, Social Communications of the Catholic Diocese of Sokoto, Rev. Fr Christopher Omotosho stated this in a statement on Saturday.
Omotosho said Kukah’s residence was not attacked though rampaging hoodlums vandalised and torched two of the parishes presided over by the fiery preacher.
The statement titled, “Current Development in Sokoto” reads:
“The Sokoto State Government has declared 24-hour curfew to help stem the ongoing protests embarked upon by Muslim youth in the state capital today.
“During the protest, groups of youths led by some adults in the background attacked the Holy Family Catholic Cathedral at Bello Way, destroying church glass windows, those of the Bishop Lawton Secretariat were also attacked and a community bus parked within the premises vandalised.
“St. Kevin’s Catholic Church Gidan Dere, Eastern By-pass, was also attacked and partly burnt; windows of the new hospital complex under construction, in the same premises were shattered.
“They were promptly dispersed by a team of Mobile policemen before they could do further damage.
“The hoodlums also attacked the Bakhita Centre located along Aliyu Jodi Road and burnt down a bus within the premises.”
Kukah had on Thursday, condemned the murder of Deborah Yakubu, a 200-level Home Economics student of Shehu Shagari College of Education in Sokoto and demanded that the culprits be fished out and brought to justice.
The police said two suspects had been arrested in connection with the killing of Deborah, who was stoned and burnt to death on the school premises for alleged blasphemy against Prophet Muhammad.
Kukah commended Tambuwal “for acting promptly by declaring the 24-hour curfew to stem the protests”.
He also commended the security forces for promptly rising to the occasion to prevent further damage to the church’s facilities.
Kukah said no life was lost in the attacks stressing that, “Contrary to information in circulation, we wish to disclaim that there was no attack of any sort on the residence of Bishop Matthew Hassan Kukah.
“Kukah appealed to Christians to remain law-abiding and pray for the return of normalcy.
“All Masses in Sokoto metropolis have been suspended until the curfew is lifted,” the statement added.