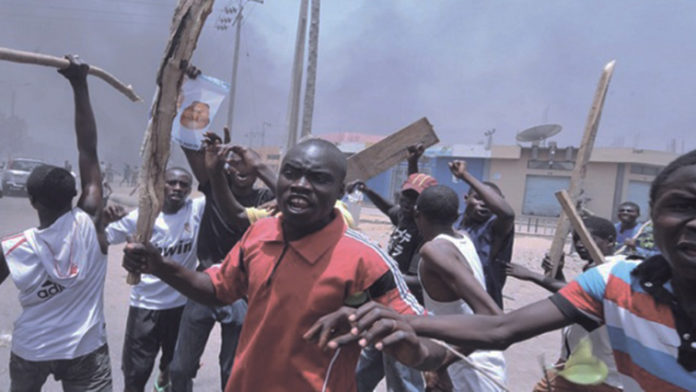 Seven journalists of the Plateau state Radio and Television Corporation (PRTVC), narrowly escaped death on Tuesday following an attack by hoodlums.
It was learnt that the incident occurred at about 10:30pm at Dandin Kowa, Jos South Local Government Area, when the journalists who closed from night duty were being conveyed to their respective homes.
The hoodlums were said to have mounted a road block just after the Dadin Kowa bridge.
The journalists had thought the road blocked was being manned by security personnel and mistakenly ran into them.
Although no life was lost in the incident, the hoodlums were said to have destroyed the vehicle.
“We ran into a road block which we thought was manned by the police and vigilante just to be descended upon by the miscreants who came out from every direction”, one of the journalists said.