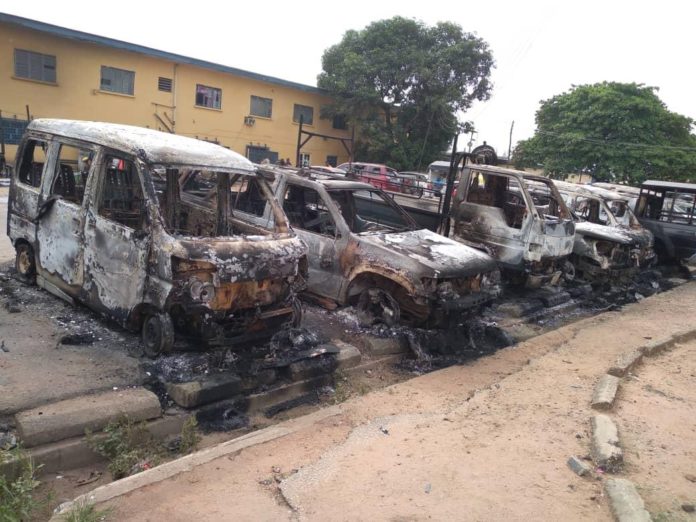 Gunmen have attack the Owerri Correctional Prison, Imo State, freeing over 1500 inmates.The incident according to the Punch newspaper, happened in the early hours of Monday.
The gunmen also razed the Imo State Police Command headquarters located in Owerri and burnt almost all the vehicles parked at the command headquarters.
The newspaper reports that the hoodlums further freed the suspects in almost all the cells at the State Criminal Investigation Department (CID) of the command.
The report said the gunmen operated from 1am till 3am on Monday. They sang solidarity songs at the Government House Roundabout for about 30 minutes before attacking the facilities, a security source confided in our correspondent.
On breaking into the prison facility with the aid of explosives and dynamite, the attackers told the inmates to go home.
When contacted, the police spokesperson in the state, Orlando Ikeokwu, confirmed the attacks.
He, however, assured the people of the state that the security agencies were on top of the matter.
PRNigeria also reported that the gunmen told the inmates to that Jesus has freed them and should go home, but some of the inmates later returned to the Correctional centre.
The South east is becoming embroiled following confrontation between security personnel and groups said to be agitating for Biafra Republic, an agitation which led to the bloody Nigerian civil war in 1967