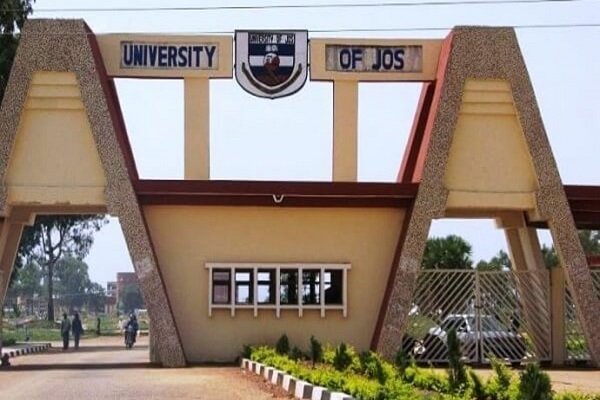 A group known as Movement for the Advancement and Protection of the University of Jos(MAAPU) has insisted that justice, equity and fair play in the selection of a new Vice Chancellor for the University of Jos, Plateau state.
MAAPU also accused the Federal Ministry of Education and the National Universities Commission(NUC) for unjustly suspending the process for the selection of a the VC for alleged vested interest.
The position became vacant following the expiration of the five year tenure of Prof. Seddi Maimako as Vice Chancellor of the university.
The Governing Council of the university had, in April commenced the process for the selection of a new Vice-Chancellor for the institution, however on April 16, 2021, the NUC abruptly ordered for the suspension of the process, leading to protest by students and staff of the institution who alleged foul play.
Addressing a press conference on Wednesday in Jos, the Coordinator of MAAPU, Comrade Daniel Tanko accused the NUC and the education ministry of alleged plots to manipulate the selection process for the appointment of the VC.
The group urged President Muhammadu Buhari to intervene, insisting that justice, equity and fair play should be the guiding principles in the selection process.
Tanko appealed to all men and women of conscience to rally round and condemn what he described as “reprehensible acts that tend to undermine the great fortunes of the institution.”
“We address you today to voice out our concern over negative developments at the University of Jos in recent times and the unfolding drama going on there, in respect of the selection of a new Vice Chancellor.
“You are aware that as a tradition, a process was put in place for a smooth transition as the tenure of the current Vice-Chancellor Professor Sebastian Seddi Maimako, is to elapse”, Tanko said.
The group noted that “as mandated by Section 3 (2)a of the University’s Act, advertisements were placed in some notable National dailies for suitable qualified candidates to apply for the Vice Chancellorship of the University between the periods of 23rd December 2020 to the 4th of February 2021.
“Two, a Search Panel, in line with Section 3 (2)b of the Institution’s Act, headed by Hon. Usman Lamido was set up by the University Governing Council, kick-starting the selection process.”
Tanko lamented that, “Sadly, tragedy struck on 1st February, 2021 when the Pro-Chancellor and Chairman of the University Governing Council Hon. Prince Tony Momoh passed on. May his soul rest in peace.”
He said, “Since nature abhors vacuum, the Governing Council met to continue the process as stipulated by the University Act which spells out clearly that in the absence of the Chairman of Council, Members Present can elect one of them to preside over a meeting when a quorum is formed.”
According to the group, “This was done and Dr. Philomena Mutbam was elected to chair the meeting.
“The same council met and selected a three man interview panel with Dr. Mrs. Philomena Mutbam elected as its Chairman.
“However, four days to the interview proper, a new twist was introduced into the exercise when the NUC ordered the immediate suspension of interview.”
He said after the suspension, the council was invited to Abuja for a meeting with the NUC and the Federal Ministry of Education.
“The meeting was held and its outcome never faulted the process but said that since Dr. Mrs. Philomena Mutbam was not the Pro-Chancellor she can not chair the interview session.
“What a travesty! The meeting later agreed that the Hon. Minister of Education should convey the outcome of the meeting to the Visitor of the university, the President of the Federal Republic of Nigeria, with the resolution to appeal that the Visitor should cause a letter to be issued to Dr. Philomena Mutbam to complete the process within four days.
“As we speak to you now, nothing has been heard from either the Minister or NUC, thereby making us to be curious and suspicious of the powers that be, that an agenda to short-change the process and bring in a cohort as the Vice-Chancellor of the University of Jos is clearly unfolding”, the group stated.
MAAPU said it “strongly feel that there is a deliberate attempt to stampede and cause confusion by some people who do not have the interest of the University and indeed Plateau state at heart.”
The group stressed that, “Given the history of the University of Jos when the late Joseph Dechi Gomwalk, of blessed memory toiled to bring it to bear, we are consternated that a group that has never seen anything good in the Plateau project is bend on truncating the progress that the University has achieved since its establishment.
“We refused to be intimidated by retrogressive forces that are ganged up against this progressive institution, we also know that some of our sons and daughters are in this conspiracy that is directed at the Indigenous academia in the university.”
Tanko said, “All the excuses given by the NUC and the Federal Ministry of Education in demonizing the Dr Philomena Mutbam Election Panel on the Vice Chancellor’s issue are lame and mere academic idiosyncrasy created to give credence to their plot to short change Plateau from its rightful position in the University.
“Or how can one justify this act of injustice when in the same vain, the University of Benin (UNIBEN) was able to elect a Vice Chancellor without a sitting Pro-Chancellor?
“We certainly find it funny that whenever any matter concerns Plateau, merchants of disharmony and crises would come in to play their satanic script. Enough is enough!”