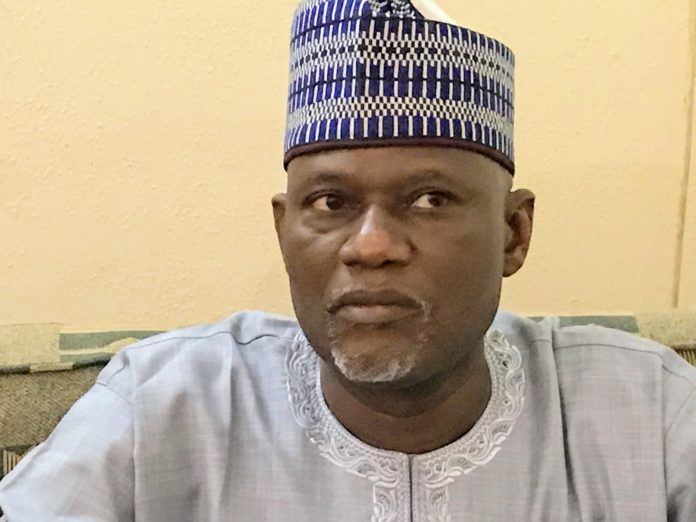 A coalition of Kaduna youths supporting the New Nigeria Peoples Party (NNPP) have demanded for the substitution of Senator Suleiman Hunkuyi, the party’s Tuesday protested against the governorship candidate in the state.
The group accused Hunkuyi for allegedly working for the ruling All Progressives Congress (APC) in the state.
Hunkuyi was a member of the APC before joining the NNPP.
In a petition which they submitted to Ben Bako, state chairman of the party during a peaceful protest, the youths said they were not comfortable with Hunkuyi’s “chameleon attitude of romancing” with the APC in the state.
The petitioned jointly signed by Abdullahi Adamu and
Muhammad Salisu,chairman and secretary of the coalition respectively, called for the substitution of Hunkuyi noting that the window for substitution of candidates was still opened.
According to the petition, “The gubernatorial candidate has chameleon attitude of romancing with the opposition party in the state, and most party loyalists are not comfortable with this relationship as it will undermine our collective efforts.
“We are afraid that the candidate of our party has already sold the candidature to the ruling APC, since he is known for this deceptive attitude in the history of Kaduna politics.
“As the gubernatorial candidate in the state, he supposed to be the unifier of the remaining candidates, unfortunately he happens to be the destroyer of candidature of other candidates which is a serious anti-party activity.
“Our gubernatorial candidate used his influence to deny the competent
candidates for different elective positions in zone I and zone lIl of the state respectively, instead he picked the weaker candidates that can be easily defeated by his preferred opposition party (APC)”.
“We urged the party leadership to immediately replace Sen. Suleiman Othman Hunkuyi with better and uncompromising gubernatorial candidate in Kaduna State NNPP.”
However, reacting to the protest, Hukyuyi, a former member of the APC who is noted for moving from one political party to the other, described the action of the youths as a joke taken too far.
He alleged that the youths were sponsored “to malign his personality with frivolous issues which cannot hold any water”.
Hunkuyi said, the protest may not be unconnected with another petition written, seeking the replacement of Kaduna Central Senatorial candidate, Ahmed Tijanni Umar who is said to be on Google search with lots of outstanding and pending corruption charges.”
He said, “All the allegations against me cannot be substantiated, it is mere attempt to undermine my candidature, but I can tell you it is a joke taken too far which will not yield any results whatsoever”.