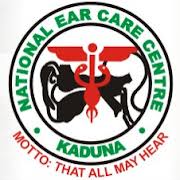 The Kaduna Transparency Group has called for the removal of the Board Chairman of the National Ear Care Centre, Kaduna, Alhaji Garba Dankani, for alleged abuse of power.
The group, in a statement on Saturday, jointly signed by Comrades Richard Austin and Abdulwahab Salisu accused Dankani of “high handedness and disregard to law and due process in the running of the centre.
The group alleged that “the board chairman single handedly appointed an unqualified and inexperienced substantive Director of Administration without due process…”.
The statement further alleged that the board Chairman, “also attempted to suspend the Medical Director which was vehemently rejected by the Federal Ministry of Health as due process need to be followed.”
The statement said, “It is unfortunate that since his assumption as Board Chairman, he has not contributed positively to the development of the Centre as he has never gone round the hospital to see the completed and ongoing projects been carried out by the Dr. Mustapha Yaro led administration”.
The group said since the appointment of Dankani, the Centre has not known peace.
The group therefore, urged President Muhammadu Buhari to immediately remove Dankani “for abuse of power, high handedness and disregard for the rule of law.”
“That the kangaroo, illegally suspension of the Accountant and other postings done be termed null and void and be directed to resume their respective offices with immediate effect.
“We demand full investigation into the circumstances that led to the appointment of a level 13 officer as Director of Administration by the Board Chairman”, the group demanded.