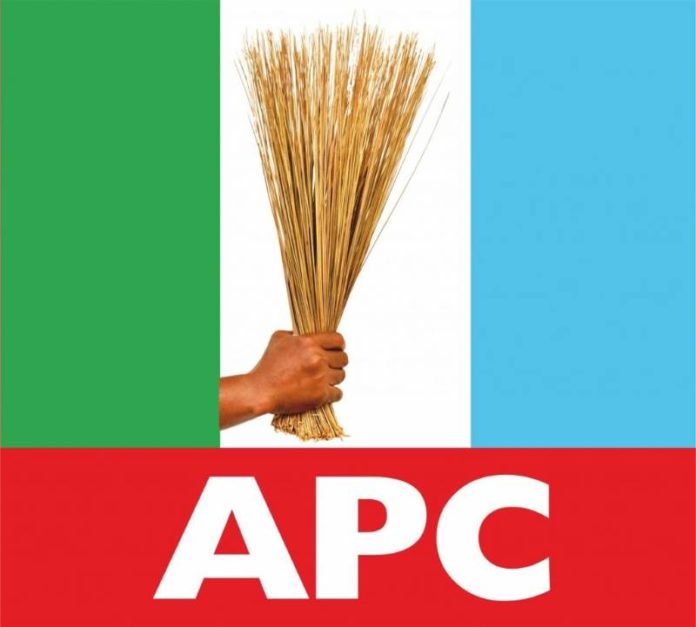 The ruling All Progressives Congress (APC) in Gombe state has asked the opposition Peoples Democratic Party (PDP) in the state to search its fold for the perpetrators of the attack on its (PDP) secretariat.
The PDP had accused APC supporters for Tuesday’s attack on its secretariat and the offices of supporters of the presidential ambition of former vice president Atiku Abubakar in Gombe.
The hoodlums were also said to have attack “Zangong Gwamna” office, an APC resting shade for supporters of the Gombe state governor, Muhammad Yahaya.
The attacks were said to have created fear and tension among residents.
However, reacting to the development, on Wednesday at a news conference in Gombe, Moses Kyari, spokesman of the APC in the state, said the PDP should search its fold for those behind the attack.
Kyari said the PDP is in disarray, adding that the internal wranglings among prominent members of the party, occasioned by war of words may have instigated the attacks.
Kyari said the recent utterances by Inuwa Garba, a PDP stalwart and two term former speaker of the Gombe State House of Assembly, must be factored as the remote cause of the destruction of the PDP secretariat .
“Just last weekend, a stalwart and former Speaker of the Gombe State House of Assembly, made inciting statements capable of precipitating chaos within the party and within our communities.
“He said Fulani and Hausa people are not indigenous to Gombe state and that Governor Inuwa Yahaya is not disposed to the people of Gombe South Senatorial District.
“These words of his could have triggered such clash. Already, our party has written a petition with a documentary evidence of the perpetrators of the ‘zangon gwamna’ destruction to the police to help them in their investigation”, the APC spokesman said.
While dismissing the allegations that the attack was perpetrated by APC supporters, Kyari called on the PDP to play politics with decorum and decency.
“Our party, the APC did not and will never engage in arson and violence to attain political gains.
“We are calling on citizens of Gombe State to remain calm as Government is on top of the situation.
“Our peace loving Governor will go to any length to protect and promote the peace we are enjoying”, he said.
Meanwhile, the Gombe state Police Command has warned that it will deal with any group found wanting as it is not yet time for political campaigns.
In a statement issued after a meeting with the leaders of the APC and PDP in the state on Wednesday, the police said efforts were being made to unravel those behind the heinous act.
The statement signed by spokesperson of the command, Mary Obed
called on all aggrieved parties to remain calm and law abiding.

Military: We will not tolerate situation where terrorists forcefully take over communities in Plateau

Military: We will not tolerate situation where terrorists forcefully take over...