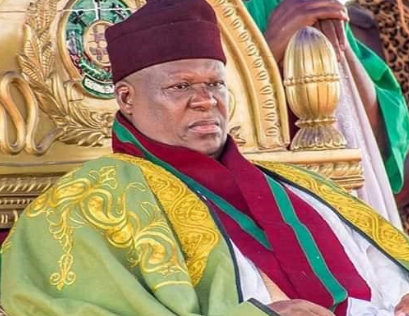 The Gbong Gwom Jos, Da Jacob Gyang Buba, has expressed concern over the plight of communities displaced by bandits in Plateau state.
He also appealed to politicians not to indulge in acts that will create tension and worsen the security situation ahead of the 2023 general elections.
The paramount ruler of the Berom nation, Plateau state spoke on Friday during the 2022 Nzem Berom annual cultural festival.
In his address at the event with the theme, “Celebrating the Berom in Politics” held at the Rwang Pam Township Stadium Jos, Gyang lamented that many Berom people and other people from different parts of the state who were displaced as a result of insecurity have yet to return to their ancestral homes.
According to him, they cannot go back to their ancestral lands to pursue their agrarian vocation, since the security threats in their communities still exist.
The traditional ruler called on the federal government and the Inspector General of Police to fulfill their promises to set up a Mobile Police Base in Gashish District of Barkin Ladi Local Government Area of Plateau to tackle the security challenges in the area.
“May I use this opportunity to remind the Federal Government and the Inspector-General Police of their promise to set up a Mobile Base in Gashish District of Barkin-Ladi Local Government Area of Plateau, as this is yet to be actualised.
“The displaced natives of this district cannot go back to their ancestral lands to pursue their agrarian vocation, raise and train their children since the security threats still exist in the area. We plead for reconsideration of this promise”, the Gbong Gwom said.
Commenting on the 2023 general elections, he noted that the whole nation is in a frenzy with heightened political activities and movements, as the elections draw nearer.
“This frenzy comes with the unrealistic political promises and gimmicks that are used to lure the very impoverished voters, whose votes may at the end not even count.
“May we at this point plead with the political class to water down the undue and in fact unnecessary tension and the worsening insecurity that comes with the advent of elections.
“We also wish to remind government at all levels and fellow traditional rulers that at the end of it all, we shall give account of our stewardship to the creator of the universe, whom we all claim to worship”,
the traditional ruler said.