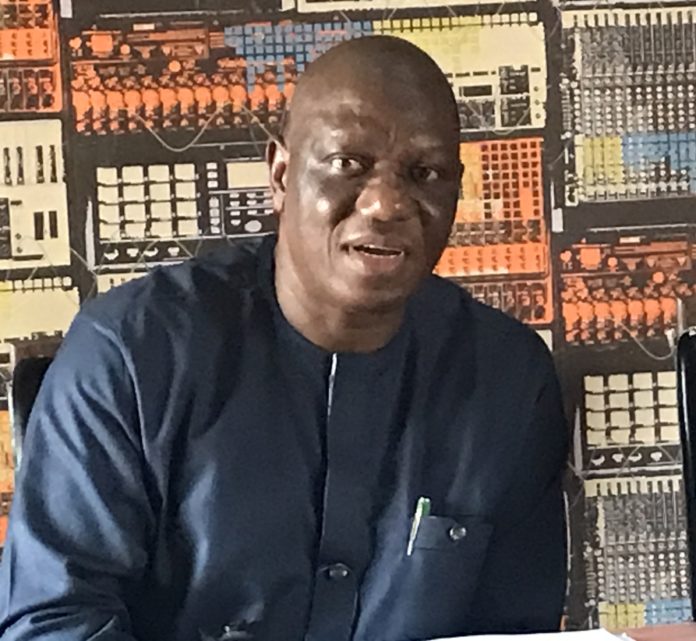 The Kaduna based Marshall Katung Foundation (MKF) has asked  Governor Nasir El-Rufai to reduce tuition fees in state government owned tertiary institutions to enable indigent students to acquire education.
Founder of MKF, Mr. Sunday Katung, a former member of House of Representatives and the deputy governorship candidate of the Peoples Democratic Party (PDP) in Kaduna state in 2019, made the call at a news conference in Kaduna.
Katung disclosed that the foundation will give scholarships to vulnerable students from 10 Local Government Areas in Kaduna state.
The Kaduna state government recently increased tuition fees in its tertiary institutions amid public outcry and protests by students of the Kaduna State University (KASU) and the College of Education Gidan Waya.
According to Katung, the increment in tuition fees came amid a global economic contraction due to the COVID-19 pandemic, noting that low income families are the worst hit.
Besides, he said, “the pervasive insecurity in our state forms the biggest basis upon which we are appealing to the Kaduna state government to reduce the school fees so the children of the poor can have the opportunity of getting an education.”
He argued that, “access to affordable education should be seen as the welfare responsibility of a state to its citizens and not be turned into a profit making venture.”
According to him, “leaders who got educated for free in the past have a moral obligation of ensuring that school fees stops no one from being educated.”
He said his foundation has decided to compliment the efforts of people of goodwill that are interested in improving the educational standard of the country by initiating a strategy to help vulnerable students to pay their school fees.
He said, “I stand before you today with so much happiness to inform you about some of the humble interventions we have done and are planning to do in the educational sector, in response to the difficulties some students of our tertiary institutions are facing in paying their school fees.
“We all know that the life-changing significance of education is reflected in the serious attention that countries with foresight pay to it.
“This is anchored on the verifiable fact that a country develops only about its achievement in the educational sector.
“And nothing stresses the importance of education for a developing country like Nigeria like the more than Nigeria’s 10 million out of school children, according to the Minister of state for education, Mr Chukwuemeka Nwajiuba when he spoke in March at the launching of Better Education Service Delivery for All (BESDA) in Jigawa state”.
According to him, in the first phase of the intervention, “we are going to give scholarships to vulnerable students from 10 LGAs comprising of Chikun , Kajuru, Kachia, Zango kataf, Jaba, kauru , Kaura, Jemaa, Sanga and Kagarko, studying in Kaduna State University, College of Education Gidan Waya, Nuhu Bamali Polytechnic, Zaria and College of Nursing, Kafanchan.”
He added that a dedicated website with a portal had been created to enable eligible students to apply.
Katung said further that the second phase of the scholarships will focus on students studying in other tertiary institutions
According to him, the foundation is not restricted to only intervening in the tertiary institutions as it had also intervened in helping pupils in some secondary schools.
He said the foundation also distributed relief materials to victims of herdsmen’s attacks while more than 1000 households were provided with foodstuffs during the COVID-19 lockdown.