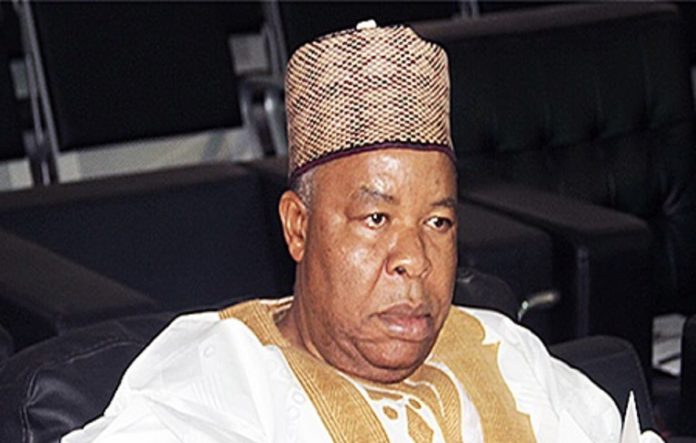 Former deputy senate president, Ibrahim Mantu is dead.
He was said to have died in the early hours of Tuesday in a private hospital in Abuja following an undisclosed ailment. He was aged 74.
Mantu, a chieftain of the Peoples Democratic Party (PDP), was elected as the senator representing Plateau central senatorial district in 1999.
He was borned February 16, 1947 in Chanso village, Gindiri District, Mangu Local Government Area of Plateau state.
He attended the Gindiri Demonstration Primary School from 1955 – 1961 and obtained the First School Leaving Certificate.
He worked with the Public Works Department (PWD) Jos, as a Stores Requisition Clerk from 1962 – 1963 before proceeding to the Gindiri Teachers College in 1964.
On leaving Gindiri in 1967, he joined the Nigerian Tobacco Company Zaria in 1968 as a Quality Checker.
He later moved to BEAM, a Division of UAC Nigeria as a Kalamazoo Specialist Salesman in 1971.
Mantu studied on his own to obtain O’ level GCE and Diploma in Professional Salesmanship which facilitated his movement to John Holt Ltd. in 1973 as a Trainee-Manager and was later confirmed as a substantive Manager.
In 1976 Mantu became the General Manager of John Holt Ltd, Maiduguri Venture.
In 1977 he was promoted and transferred to Lagos as Deputy General Manager, Building Materials Division, John Holt Ltd.
He resigned in 1977 to join Plateau State Supply Company Ltd, as its first Commercial Manager.
Mantu holds a B.A. (Hons.) degree in Political Science from the Washington International University.
He was awarded Honourary Doctorate Degrees of Federal University of Agriculture, Makurdi, University of Jos, Madonna University, Okija and University of Applied Sciences and Management Port Novo, Benin Republic.
Mantu joined politics in 1978. He was elected Deputy State Chairman of the National Party of Nigeria (NPN ) in Plateau State in 1980.
He was also a founding member of the Liberal Convention.
In 1993, Mantu was the Director General of National Republican Convention Presidential Campaign Organisation. In 1998, he was elected the National Publicity Secretary of the defunct United Nigeria Congress Party (UNCP) and was later elected Senator on the platform of the same party during the Abacha transition programme which was truncated.
In 1999, Mantu was re-elected in a fresh contest as Senator representing Plateau Central Senatorial district on the platform of the PDP.
On inauguration in 1999, Mantu was appointed Chairman Senate Committee on Information, the position he held till August 10, 2001, when he was elected Deputy President of the Senate.
He was appointed Chairman, Joint National Assembly Constitution Review Committee from 2001 to 2003 and 2003 to 2007 respectively.
He was Chairman of Policy Analysis and Research Project (PARP) which metamorphosed into National Institute for Legislative Studies (NILS).