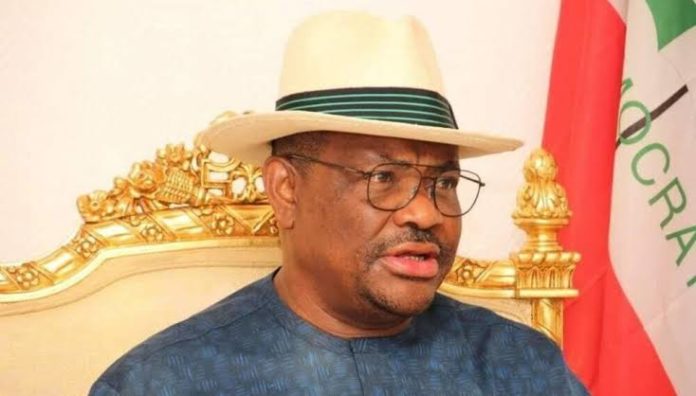 Rivers state governor, Nyesom Wike, has asked stakeholders of the Peoples Democratic Party (PDP) to focused on promoting peace and unity in the party to ensure victory in the 2023 elections.
The governor stated this on Tuesday after a meeting with the PDP board of trustees (BoT) in Portharcourt.
The party had been in crisis in over calls by Wike group demanding the resignation of the party’s National Chairman, Dr. Iyorchia Ayu.
Wike, who said he would stand by his word on remaining with the party, added that the focus should be on fostering unity to ensure victory for the PDP in the forthcoming elections.
“Like the acting chairman of the board of trustees has said, peace is the most important to have unity, even if it takes you longer days.
He said, “What is important is that the house is united for the war that is coming at the front. The issue of whether they achieved peace today or not is immaterial.
“What is material at the end of the day is that PDP is united. I think that is the message. We have said repeatedly that we are not leaving the party, but that does not mean that there are no internal issues that ought to be sorted out.
“I think what they are here for is to see how they can sort out some internal issues. I think that point has been made.”
He expressed optimism about the resolution of the crisis.
“Once you are alive, why will you not be hopeful? It is only a dead person that is not hopeful. So, being alive, it is ultimately that you are hopeful,” he said.
Also speaking, the Chairman of the BoT, Adolphus Wabara, said the board remains committed to keeping the party united, adding that the issues would be resolved “very soon”.
He said, “This meeting took about four hours. We have not concluded. It is always easy to destroy, but to make peace takes some time. But I think we are better informed.
“Every coin has two sides. We have been briefed by his excellency, and we will go back to Abuja to digest all that we have gathered from his excellency. One good thing is that this family remains one.”