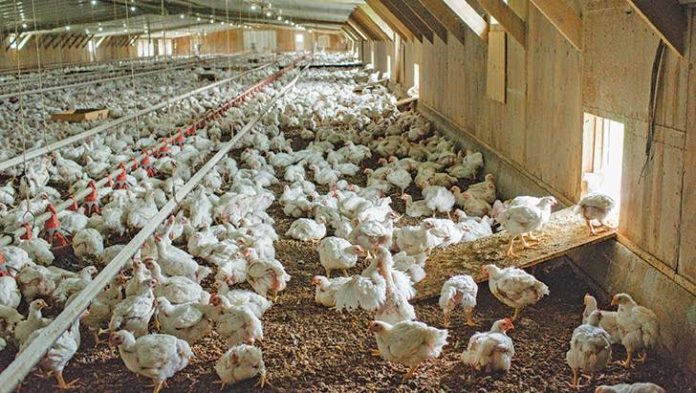 The sum of N1.63 billion has been approved by federal government for poultry farming in Borno, Plateau, Yobe and Zamfara states.
The minister of Humanitarian Affairs, Disaster Management and Social Development, Hajiya Sadiya Farouk, disclosed this at the end of the 43rd virtual federal executive council (FEC) meeting presided over by President Muhammadu Buhari on Wednesday.
The minister said the council approved the sum of N60.27 million for the procurement of poultry for Borno and Plateau states (Lot C5) in favour of Messrs Nasim & Janan Collection Limited.
She explained that the approved sum revises the initial contract by 4.86 percent from N1.23 billion to N1.29 billion.
She said the FEC also approved the procurement of poultry for Yobe and Zamfara states (Lot C9) in favour of Messrs Bravura Tech. Limited in the sum of N15.88 million.
This, according to her, represents an increase of 4.87 percent of the initial contract sum from N324.71 million to N340.52 million.
The minister condemned herdsmen’s attack on Internally Displaced Persons (IDPs) camp in Abagena, Benue state, saying that her ministry was working hard to alleviate their suffering and facilitate the return to their homes.