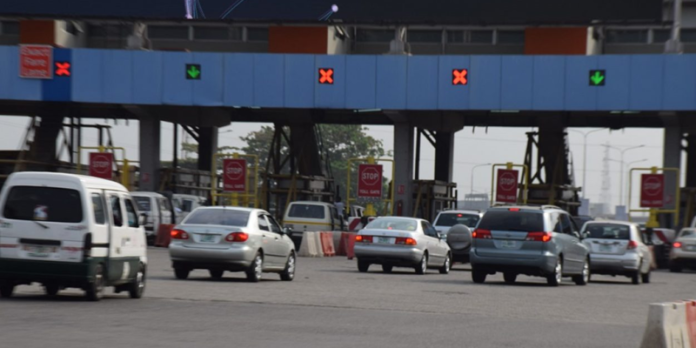 The federal government has announced a new policy for tollgates in the country.
The minister of works and housing, Babatunde Fashola, disclosed this through a statement on Wednesday by Tolu Ogunlesi, a presidential aide.
The statement said the federal executive council (FEC) at its meeting on Wednesday granted approval for the “Federal Roads and Bridges Tolling Policy and Regulations”.
Some highlights of the regulations include recommended tolling fees for vehicles as follows: “Cars: N200; SUVs: N300; Private Buses: N300; Commercial Buses: N150, and Luxury Buses and Trucks: N500”.
However, the minister said the tolling will not take effect until the roads are motorable.
The statement said, the policy was developed “after extensive consultations with various stakeholders within and outside the Government, including Transport Unions like NURTW, NARTO, RTEAN”.
According to the statement, “A Willingness-To-Pay Survey was carried out, to arrive at the recommended pricing framework.
“The fees at existing tolled roads (Lagos and Abuja Airport Toll Plazas, and the Lekki and Ikoyi Toll Plazas) were also taken into consideration”.
Highlights of the new tolling policy as approved by the federal government include use of an open tolling system specifics on type of roads approved for tolling by the federal government, as well as type of vehicles exempted from the policy.
“It will be an Open Tolling system (just like the one that used to be in existence in the country), instead of a Closed Tolling system. (A Closed Tolling system means that you pay per distance traveled (‘distance-dependent’), while Open Tolling means you pay a fixed/flat rate that is not dependent on distance traveled),” the statement explained.
The statement said further that, “Only dual carriageways owned by the Federal Government will be eligible for tolling by the Federal Government. (Of the 35,000km of Federal Roads in existence in the country, only 5,050km are dual carriageway).
“Federal carriageways that are single, i.e. undivided highways will not be tolled. The only exceptions here will be some bridges, which are listed in the Policy.
“Toll Revenues will be used to maintain the roads and also to repay investors who have invested in building or completing a road under the Highway Development Management Initiative (HDMI). Electronic Toll Collection and Management systems will be prioritised over Cash systems.
“People who live around Toll Plaza Areas will benefit from what is called ‘Frequent User’ discounts, in line with global best practice.”