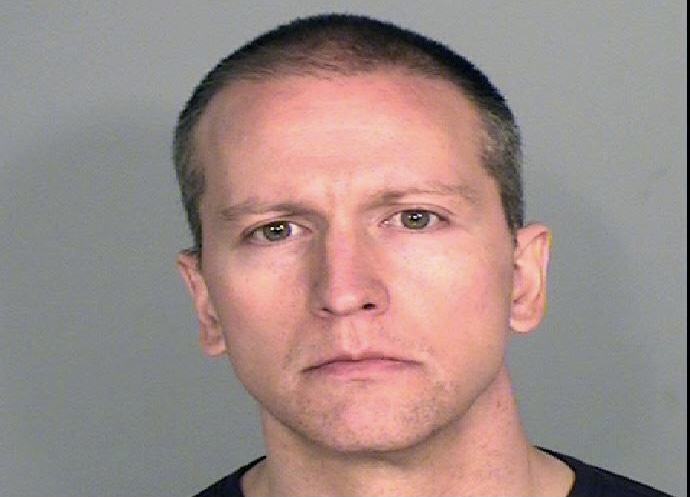 A jury has convicted a former Minneapolis policeman, Derek Chauvin was convicted on
Tuesday for the murder of
African-American George Floyd in May 2020.
Reuters reports that Chauvin
was convicted of second-degree murder, third-degree murder and manslaughter in the deadly arrest
The 12-member jury found Chauvin, 45, criminally liable in Floyd’s death last year after considering three weeks of testimony from 45 witnesses, including bystanders, police officials and medical experts. Jurors began their deliberations on Monday.
In a confrontation captured on video, Chauvin, who is white, pushed his knee into the neck of 46-year-old Floyd in handcuffs, for more than nine minutes on May 25, 2020, as he and three fellow officers arrested Floyd, who was accused of using a fake $20 bill to buy cigarettes at a grocery store.
Floyd’s death prompted protests against racism and police brutality in many cities in the United States and around the world last year.
The courthouse in Minneapolis was surrounded by high barricades and guarded by National Guard troops. Many downtown businesses boarded up their windows as they braced for the verdict.
While the U.S. criminal justice system and juries have long given leeway and some legal protection to police officers who use violence to subdue civilians, the jurors in this case found that Chauvin had crossed the line and used excessive force.
Reuters reports that, under Minnesota sentencing guidelines, Chauvin faces 12-1/2 years in prison for his murder conviction as a first-time criminal offender. Prosecutors could, however, seek a longer sentence up to the maximum of 40 years if Hennepin County District Judge Peter Cahill, who presided over the trial, determines that there were “aggravating factors.”
In Minnesota, convicted criminals generally leave prison on supervised release after completing two thirds of their sentence. Chauvin had no previous criminal convictions.
Chauvin had pleaded not guilty to charges of second-degree unintentional murder involving “intentional infliction of bodily harm,” third-degree unintentional “depraved mind” murder involving an “act eminently dangerous to others,” and second-degree manslaughter involving a death caused by “culpable negligence.”
The jury included four white women, two white men, three Black men, one Black woman and two multiracial women, according to court records.
Earlier on Tuesday, U.S. President Joe Biden said he had spoken by phone with members of Floyd’s family.
“They’re a good family, and they’re calling for peace and tranquility, no matter what that verdict is. I’m praying the verdict is the right verdict, which is – I think it’s overwhelming in my view. I wouldn’t say that unless the jury was sequestered now, (would) not hear me say that,” Biden told reporters at the White House.
The intersection of race and law enforcement has long been contentious in the United States, underscored by a series of deadly incidents involving white police officers and Black people in a number of American cities in recent years.