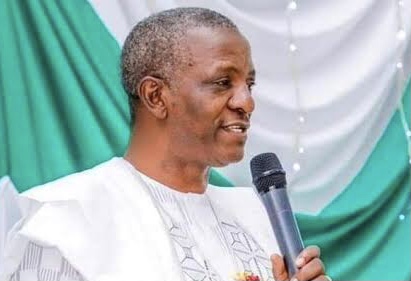 A former chairman of the All Progressives Congress (APC) in Plateau State, Letep Dabang, has been appointed the Director-General of the Peoples Democratic Party (PDP) governorship campaign council in the state.
The state Publicity Secretary of the PDP, John Akans, made the announcement in a statement in Jos.
The statement said, “The Plateau State chapter of the Peoples Democratic Party has approved the appiontment of Chief Letep Dabang as its 2023 governorship campaign Director-General.
“Chief Dabang was part of the 2022 Governorship aspirants who sought the ticket of the party alongside Caleb Mutfwang, who is now the party’s flagbearer.
“The Director-General will announce other appointments into the campaign structure as approved by the party.
“The state Chairman, Christopher Hassan, will inaugurate the campaign team in due course at the party’s secretariat.”
Dabang was said to have led over 12,000 APC members of the APC to the PDP in February 2022, after he fell out with Governor Simon Lalong.
During his reception to the PDP, the former APC chairman had vowed to deliver victory to the PDP during the 2023 election