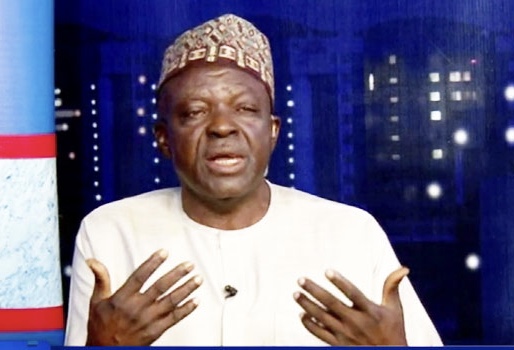 Emmanuel Yawe, the spokesman of the Arewa Consultative Forum (ACF), has died. He was aged 65.
Yawe, a veteran journalist, from Taraba state, died in his sleep on Friday morning.
Murtala Aliyu, Secretary General of the ACF,, confirmed his death on the forum’s WhatsApp media platform.
“It is with heavy heart that I bring to your notice the passing away of our Publicity Secretary Chief Emmanuel Yawe this morning.
“I have intimated the Chairman Audu Ogbeh and he instructed that I should bring it to the notice of members.
“We will be visiting the family and will keep you informed about the burial arrangements. May his gentle soul rest in peace”, Aliyu said.
Yawe was elected spokesman of the forum in 2020.
He graduated graduate from the University of Ibadan in 1979, with a degree in political science.
He started his journalism career with the News Agency of Nigeria (NAN) in 1980 and was later appointed Chief Press Secretary to the Governor of Gongola state in 1983.
He held several top editorial positions in several media organisations.
He was a member of the Editorial Board, New Nigeria Newspapers between 1982 to 1983; Editor, Sunday Triumph, 1984 – 1987; Managing Director, Gongola Press Ltd, 1988 – 1992, President, World Vision Communications, 1993- 1999; Editor, Crystal International Magazine 1999 – 2006; Managing Editor, New Sentinel newspapers, Editorial Board member, Peoples Daily, 2008 -2022 and member, Editorial Board of Advisers, The Point newspapers, 2015 to date.