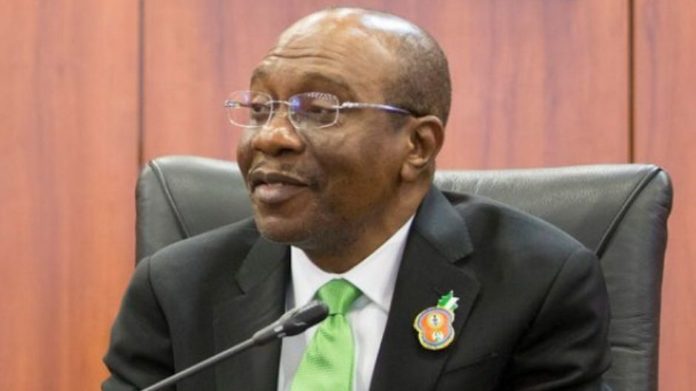 The Unified Northern Nigerian Youth Forum (UNNYF), has dismissed reports, especially in the social media that the Federal High Court in Abuja, has dismissed a suit filed by the Central Bank governor, Dr. Godwin Emefiele, against the Independent National Electoral Commission (INEC).
Emefiele had filed a suit at the Federal High Court 3, Abuja, restraining INEC and the office of the Attorney General of the Federation from taking steps on the issue bothering on his Presidential ambition.
There were reports in the social media, claiming that the suit was dismissed.
However, in a statement on Tuesday in Kaduna, UNNYF, a pro- Emefiele for President group, said the court did not dismiss the CBN governor’s suit.
The statement signed by the Mohammed Aliyu, spokesman of the group, said information being circulated that Emefiele’s suit was dismissed is baseless and should be disregarded.
According to the group, the fake news was the handiwork of those who are scared of Emefiele’s intimidating credentials.
The statement said: “The information that Emefiele’s case was dismissed by the court is not true, but a misconception deliberately conceived by enemies of democracy and Nigeria who are actually troubled and terrified to their bones the fact that Dr. Godwin Emefiele is being called upon by Nigerians to serve them.
“An economist, a banker, a technocrat, with so much knowledge of the economy and without previous record of corruption or corruption related matters, joining the race for Presidency is actually a development that has gotten them all jittery and has so much distorted their equilibrium to the point of initiating and circulating rumours.
“To set the record straight, the Federal High Court 3 presided by Justice A. R. Mohammed did not at any point in time threw out the case titled GODWIN EMEFIELE Vs. INEC and or declined to grant the order for maintenance of status quo antebellum but only adjourned the matter to Thursday, 12th of May 2022.
“This to the best of our knowledge and information is to allow the defendants to come to court on that date and say before the honourable court why the order should not be granted.”
The statement called on Nigerians to remain calm and be watchful against fake news.
The statement said further that the UNNYF is very optimistic about the court ruling and urged Nigerians not to loose hope.
“Certainly, no one can stop an idea whose time has come, now is the time for Emefiele’s Presidency, for Nigeria to flourish, prosper, wax stronger and be evergreen again”, the group said.