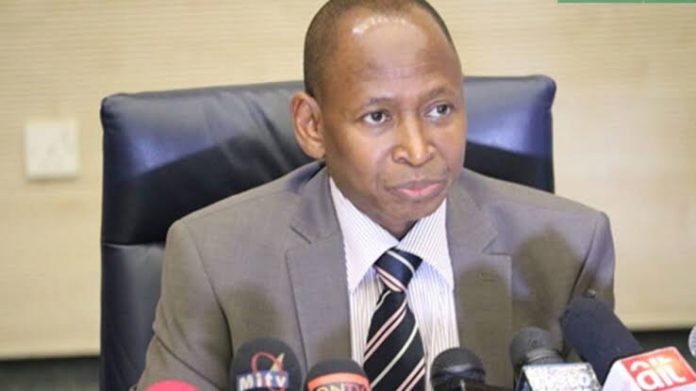 The Economic and Financial Crimes Commission (EFCC) has released, Ahmed Idris, the suspended Accountant-General of the Federation.
Idris was arrested for alleged involvement in N174 billion fraud.
He was released on bail from the custody EFCC on Wednesday night in Abuja and has since been reunited with his family.
Spokesperson of the EFCC, Wilson Uwujaren, confirmed his released on Thursday morning, adding that he was released on bail Wednesday night.
Idris was arrested by operatives of the EFCC on May 16, 2022, in connection with a series of frauds that was initially put at N84 billion.
Idris was suspended from office after his arrest to enable him to face his probe.
The allegations against Idris include overpayment to himself while serving in previous ministries and agencies.
He was also alleged to have perpetrated fraud through the Government Integrated Financial Management System used to pay salaries of federal government staff.