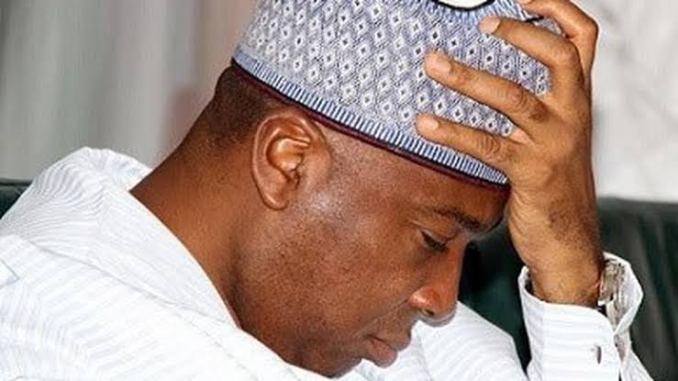 Former Senate President, Bukola Saraki, was invited on Saturday by the Economic and Financial Crimes Commission (EFCC) for questioning at its headquarters in Abuja.
Spokesman of the commission, Wilson Uwujaren, confirmed that Sarki honoured the invitation by the commission.
The former senate President is being questioned over fresh allegations of money laundering and corruption.
The latest development comes days after the EFCC asked a federal high court to vacate an order restraining the commission from probing the former senate president.
Saraki, is being accused of misappropriation of funds during his tenure as
governor of Kwara state between 2003 and 2011.
An Abuja Federal High Court had in May 2019, issued an order restraining the EFCC, Department of State Services (DSS), and other agencies from probing Saraki over allegations of money laundering.
However, on July 14, 2021, the EFCC asked a federal high court in Abuja to vacate the order restraining the commission from investigating the former senate president.