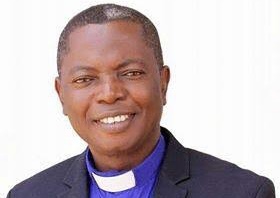 In this interview with Daniel Dauda in Jos, the President of Evangelical Church Winning All (ECWA), Rev. Stephen Panya, speaks on the recent public hearing on the amendment of the 1999 Constitution and the need for Christians to change their perceptions about politics:
Excepts.

You have been talking about insecurity, the Church has also raised its voice on the issue and proffered solutions, but the situation keep persisting. What is your take on the unending security situation in the country?

Personally, I believe that the bucks really stop with the federal government when it comes to issues of security because as we know, the federal government control the security agencies.
So there is the need to restructure the for our security agencies to be more effective.
Someone has said that the best definition of madness is doing the same thing over and over again and expecting different result!
If the security outfits as they are presently constituted are effective enough to deal with insecurity, then the federal government needs to sit down and if possible call for a conference to listed ideas from because nobody knows it all.
There are brilliant people with brilliant ideas that could be shared at security conference or meetings. This will help in
dealing with the insecurity.

What is your opinion about the just concluded public hearings on the review of the 1999 Constitution?

It can help, but I lean more to the opinion that what we need is the total overhaul, if possible the new constitution entirely. But be it as it may, if that is not possible, if the Constitution has to be structured to adequately solve the insecurity problem, then there has to be radical amendment as regards security and even economy. Some of these radical amendments includes, provisions for state police to enable governors tackle challenge of insecurity.
As it is now, governors can merely bark but cannot bite. They don’t have the power to enforce security.
Economically, if people given more freedom, autonomy, you know, to develop their resources and to contribute adequately to the central government would be better than the way it is now!
So, the only way that the present constitutional review can be of the any impact is if some of this radical amendment are incorporated for state security, you know like state police and also kind of autonomy for the state to chart their own economic development part.

Don’t you think the church should play active role in politics, considering the challenges being faced?

Is the church disturbed about the burning of the offices of the Independent National Electoral Commission (INEC) and police stations in some states of the federation?

We are concerned and worried about violence in whatsoever form and for whatsoever reason.
The gospel of our Lord and Savior Jesus Christ is for peace and the Bible actually tells us directly, expressly, that we should pray for the peace of our nation so that the gospel will be able to prosper.
So it is not to our advantage when there is violence because our gospel is a gospel of peace and it is best preach when there is peace because the gospel of salvation through our Lord and Saviour Jesus Christ, is not forced on any one. You don’t force any person to convert because the Christian message does not forced any one!

We are seeing a situation where Christians are building big Churches, yet many of their members are poor. What is your reaction to this?

I want to say that everybody that is a good Christian knows that as a matter of priority, the cares about widows and orphans and the under privileged.
The scripture says in James 1, that, “true religion is taking care of widows and orphans”. That is true religion, that means that if in practice there are no concerns about widows orphans and the under privileged, we are just practicing a religion that is not pleasing to God!
So, that should be clearly our priority. However, those that built large churches, I have read what they said. They believed that it is a vision from God or an instruction from God.
Honestly speaking I cannot sit down and judge them and say they didn’t hear from God and so on.
What personally I would do is to make sure that what I believed to be the priority of Christ in the present situation, is reaching out to the widows and orphans, that as much as God gives me the grace, I will continue to encourage our churches towards them and to encourage many people as possible to do that.
For example during my inauguration, this is one of the issues that I emphasize that we want to strengthen holistic ministry within ECWA and the reason is that because of persecution, because of attack in the Church, the Church especially in the middle belt and the Northern part of Nigeria today is full of a lot of widows and orphans.
We will want to have more intentional programmes in the Church for taking care of widows and orphans by sending reliefs in crisis areas. We are not there yet but we have been able to incorporate an organ of the church that would help us to do that. It is called “Relief Foundation of ECWA”.
Like I said, we are still working on how we can position it to be more effective.
But there has been emphasis within ECWA on this existing mission, not just in our ministry but in mission outreach, that is reaching out not only in the spiritual needs of the people, the spiritual needs first yes, but also physical and even financial needs of the people.
As for those who are building larger churches I prefer to leave them for God.

As a Clergyman, what is your reaction to the ban on Twitter by the federal government?

To me, there was no need for that because it shows lack of tolerance for criticisms.
I think the federal government inadvertently have given an impression to the outside world that it is not tolerant of any decent or criticism.
This is not good for a country that is practising democracy.
The previous government suffered a lot more criticism than this present government but it never responded that way.
When people criticise, check yourself and see if what they are saying is true. If it is true make amend and if it is not true then ignore it.
As time goes on God in his infinite mercy will vindicate you, that is the best way to respond to criticisms.