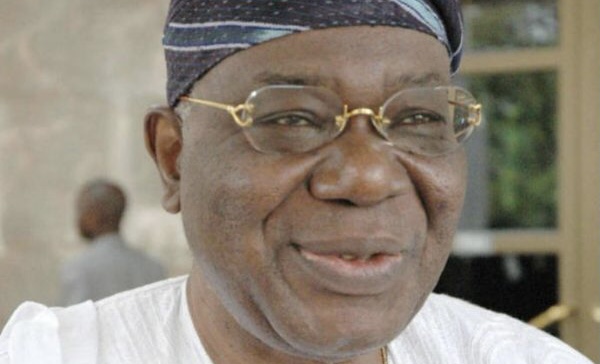 Former head of the Interim National Government (ING) Chief Ernest Shonekan, is dead.
Shonekan died on Tuesday in Lagos, aged 85.
He was the Chairman of the ING that succeeded the military junta of Gen. Ibrahim Babangida between August 26 and November 17, 1993.
Babangida had constituted the ING after he refused to hand over power to MKO Abiola, the presumed winner of the annulled 1993 presidential election.
Three months after his appointment, Shonekan was ousted in a palace coup led by late Gen. Sani Abacha who was Secretary of Defence.
Shonekan who hailed from Abeokuta, Ogun state, attended C.M.S Grammar School and Igbobi College, Lagos.
He obtained a law degree from the University of London and was a boardroom guru before his selection to head the interim national government.