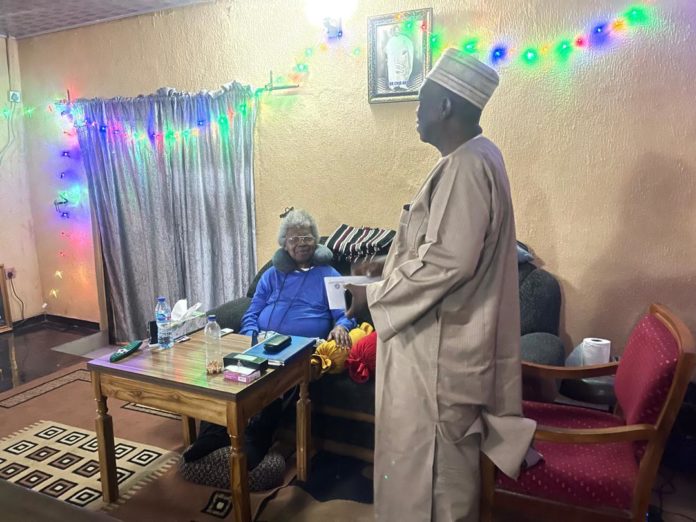 An elder statesman and a prominent member of the Keffi Old Boys Association (KOBA) an umbrella body for old students of the famous Government College, Keffi, Wantaregh Paul Iyorpuu Unongo, has urged members of the association to save the college from collapse.
Unongo, a former minister of Power and Steel during the Second Republic, graduated from the school in 1958.
He was speaking when the National Executive Committee of KOBA, represented by officials of the Plateau state chapter of the association, paid him a condolence visit on Friday at his residence in Jos over the death of his wife.
Unongo urged members of KOBA to “unite and save the college from dying as that is our pride for it is the spirit of Keffi that made us what we are today.”
He expressed gratitude to the association for the show of love and solidarity in his moments of grief.
He described the visit as uplifting, stressing that he will never forget such demonstration of love by KOBA.
Unongo who was nostalgic about the school told the delegation that his doors would always be opened for members of the association.
Earlier, the President of the Plateau chapter of KOBA Mr. David Nanyak who spoke on behalf of the President General, Chief Edward Ujege, said the association was saddened by the death of Mrs. Unongo.
He prayed God to comfort the elder statesman and his family over the painful loss and grant the soul of the departed eternal rest.
Nanyak presented a letter of condolence from the President General to Unongo.