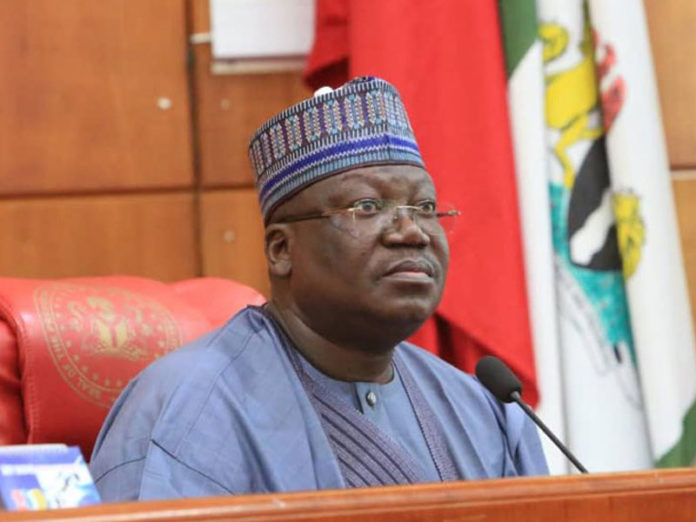 The Senate has called on the President Muhammadu Buhari-led Federal Government to declare all know leaders of terrorist wanted.
The call was made on Wednesday in a six-point resolution reached by the senate following a motion considered on the urgent need to stem the increasing spate of kidnappings and insecurity across parts of the country.
The motion entitled, “urgent need to surmount all kinds of kidnappings, banditry and related security challenges in Wasagu-Danko, Sakaba and Yauri Local Government Areas of Kebbi State”, was sponsored by Senator Bala Ibn Na’allah (Kebbi South).
The motion was co-sponsored by twelve other senators.
Na’allah, in his presentation, noted with concern the current rise in security challenges in Danko/Wasagu and Sakaba Local Government Areas (LGAS) of Kebbi State and indeed across the federation.
According to him, “the bandits are moving in hundreds from village to village, house to house in search of cattle to rustle and people to abduct.”
He lamented that, “in some cases, the houses and foodstuffs of the residents are entirely burnt down, rendering them homeless and without food to survive.
“Besides, many of their victims have been maimed while women, both old and young, are raped and dehumanized.”
The lawmaker, stated that the bandits now conduct their criminal operations in broad daylight, fully armed on motorcycles, and shooting and killing whoever was unfortunate to come their way.
He raised the alarm that the Bandits have reportedly been laying siege around Yar-Kuka, Morai, Dankade, to Wadako and, recently in Bena, where 20 people were abducted.
Na’allah added that they have also found refuge in Ayu, where most of the residents were forced to flee, under Wasagu Chiefdom of Wasaga/Danko LGAS of Kebbi State.
“The same challenges are going on at Sakaba town under Sakaba LGAS of the State unabated”, he said.
Na’allah said that on the 19th February 2022, the bandits in large numbers passed through Waje, Sabon-layi, Zuttu and Kangon Wasagu, where they killed many people and herds of cattle rustled.
He noted with concern that the incident had increased the number of Internally Displaced Persons in Waje, Ribah, Kanya and Wasagu in Wasagu/Danko LGA, thereby creating a major humanitarian crisis in the zone.
Na’allah further recalled that the Bandits killed some traditional leaders and security agents in Dankade and Yar-Kuka.
According to the lawmaker, Bena to Bangi federal road linking Kebbi and Niger State was shut down by the bandits even though manned by security agencies.
He observed that twelve villages in Wasagu Chiefdom Danko/Wasagu LGA are under incessant attacks of Bandits.
He gave the names of the villages to include: Doka, Ganyale, Morai, Ktare, Banku, Mutare Bawada, Tungar-Dangula and  Galla; Gimi, among others.
He bemoaned the kidnap of School Children of Federal Government College, Yauri, noting that more than ten were still in captivity.
Also in his contribution, Adamu Aliero (Kebbi Central), said the incidents of kidnappings and killings in Kebbi South are replications of what happened in Zamfara and Sokoto States.
He said, the military made it impossible for bandits to operate in Zamfara causing them to seek refuge in Kebbi state”, Aliero said.
He, therefore, underscored the need for coordinated military operations in Kebbi, Zamfara and Sokoto and Niger States.
The senate called on the Federal Government to invoke the provisions of Sections 17(3)(g) of the 1999 Constitution of the Federal Republic of Nigeria (as amended) to render the necessary assistance to the affected areas.