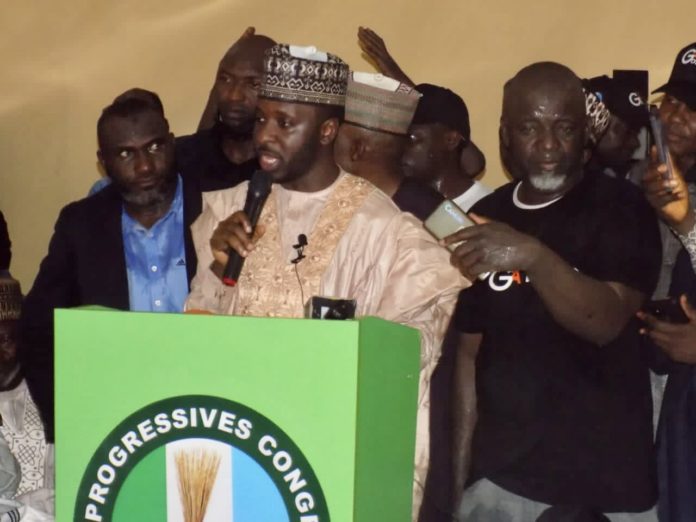 The Kaduna state Commissioner for Budget and Planning, Muhammad Dattijo, has declared his intention to contest for the governorship race in the state.
He made the declaration on Tuesday at the state secretariat of ruling All Progressives Congress (APC) in Kaduna.
Addressing party leaders and supporters, Dattijo said having served as commissioner and Chief of Staff to Governor Nasir El-Rufai, he had acquired the experience to govern Kaduna state.
He said governing a state like Kaduna is not a child play, stressing that whoever aspires govern the state must be experienced enough and grounded educationally.
He said, “having served in the state executive council since 2015 and briefly as Chief of Staff to the governor, gave me the opportunity to understudy and understand how governance works.
“It was then I knew that governing a state like Kaduna is not a child play.
“To be honest, with you our leader and the state governor, Mallam Nasir El-Rufai tried his best and raised the bar in terms of providing infrastructural development and good governance.
That is why the state needs a credible person with competence to lead it in 2023 .
“We need to be careful in making a choice that whoever becomes the next governor is someone that is well experienced and grounded educationally.”
Dattijo said further that the ruling APC must be returned to power so as to continue with the El-Rufai’s policies and programmes of developing the state.
Addressing newsmen after the declaration, he said if elected governor, he will focus on
“securing Kaduna by investing on people and technology, rural transformation by connecting rural economies to agriculture and solid minerals as well as urban infrastructure”, among others.