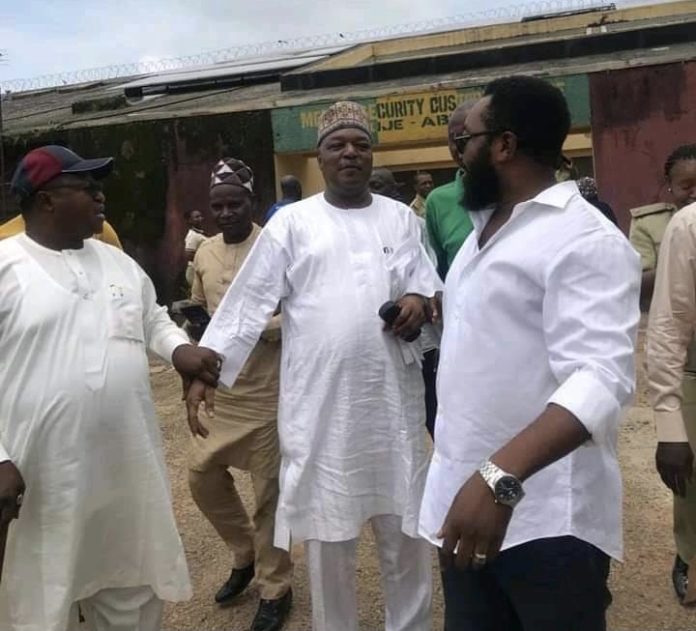 Former Plateau state governor, Joshua Dariye and his Taraba state counterpart, Jolly Nyame have finally been set free from Kuje prison were they were serving various jail terms for corruption.
On April 14, 2022, the Council of State led by President Muhammadu Buhari granted them pardon, alongside 147 other convicts. Dariye and Nyame were jailed for corruption on June 12, 2018 by an Abuja federal high court after a prolonged trial that lasted for years.
Nyame was sentenced to 12-year jail term for diverting N1.64 billion during his tenure as governor of Taraba state while Dariye, was sentenced to 10 years in jail for N1.126 billion fraud.
However, since their pardon over three months ago, they had remained in prison custody as the prison authorities had to wait for directives from the ministry of justice for their release.
The two former governors were freed on Monday after spending over three years in prison.