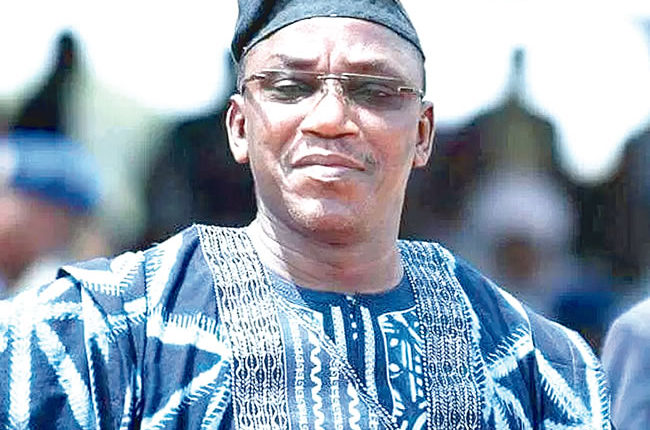 Former sports minister, Solomon Dalung, has dismissed reports associating him with the interim leadership of the New Nigerian Peoples Party (NNPP), describing the reports as “fake news”.
Dalung also denied his membership of the third force, a political movement led by former Kano state governor, Rabiu Kwankwaso which recently moved to the NNPP.
Dalung, Senator Suleiman Hunkuyi and Alhaji Buba Galadima were widely reported to be among politicians behind the formation of The National Movement (TNM).
However, in a statement he shared on his Facebook page on Wednesday, the former minister said he has not left his party – the ruling All Progressives Congress (APC).
In the statement titled, “Keep me out of desperate political ambition”, Dalung declared support for a presidential candidate of Southern extraction who must not be above 60 years of age.
“My humble attention has been drawn to media publications associating my name with interim leadership of NNPP in Daily Trust Newspapers and other online media sources. “This development is not only strange but also embarrassing to my person. I am not aware, privy or part of such political development”, said.
He noted that, “There are many Coalition Movements restrategizing ahead of 2023 in view of imminent collapse of internal democracy in the two major political parties.
“The National Movement is one of these like mind political clustering with the sole intentions of rescuing democracy.
“I know as a fact that it is about national interest and not political ambition of any individual member.
“Therefore including my name on a National Working Committee of NNPP without consent or due consultations is bad political branding technic of desperate politicians.”
Dalung urged the general public to disregard the action as it does not have his endorsement.
He also demanded for an apology from those who dragged his name into their 2023 power permutations, “if they have conscience.”
“Let me reiterate my commitments to supporting a presidential candidate of Southern extraction who must not be above 60 years of age. I believe that it is in the interest of, fairness, equity, justice, peace and unity to zone power to Southern Nigeria and especially the youths in 2023.
“I have not changed my party membership yet, therefore consider that publication as “Fake News”, baseless and unfounded which should be discountenance by all”, Dalung said.