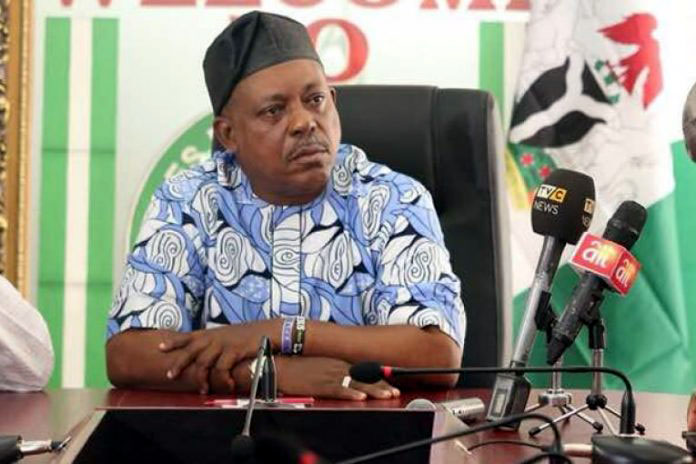 A Rivers state High Court has granted an interim order restraining Chief Uche Secondus from parading himself as the National Chairman of the Peoples Democratic Party (PDP).
The presiding judge, Justice Okogbule Gbasam, gave the order on Monday in ruling on a motion ex parte marked PHC/2183/CS/2021 filed by Ibeawuchi Alex, Dennis Amadi, Emmanuel Stephen and Umeziriki Onucha.
“That an order of interim injunction is granted restraining the first defendant from parading himself as a member of the second defendant or national chairman of the defendant or performing the functions of national chairman of the second defendant or any committee of the second defendants at ward, local government or state level or calling for any ward, local government or state congress of the second defendant or setting up committees for such congresses or participating in any activity of the second defendant whatsoever, whilst on suspension as a member of the second defendant pending the hearing and determination of the motion on notice for interlocutory injunction,” the court ruled.
The judge further granted leave to serve, by substituted means, the originating summons, motion on notice, all orders made by the court and all subsequent processes on the respondent by pasting them on his gate at “No. 1 William Jumbo Street, Old G.R.A Port Harcourt”.
Gbasam also granted leave to “serve by substituted means orders made by the court on the respondents by publishing same in The Nation Newspaper”.
Secondus has been under increased pressure of late, with demands for his resignation coming from various quarters.
After a series of meetings amid the crisis, the party had announced that its national convention will now hold in October — months earlier than scheduled.
Reacting to the court order in a statement, Ike Abonyi, media aide to the national chairman, said Secondus will defend himself.
“If Secondus and the party are taken to court, they will defend themselves,” Abonyi said.
“PDP and Secondus are not afraid of court. This party is a child of history, owned by Nigerians, bigger than any individual or group including desperadoes.”