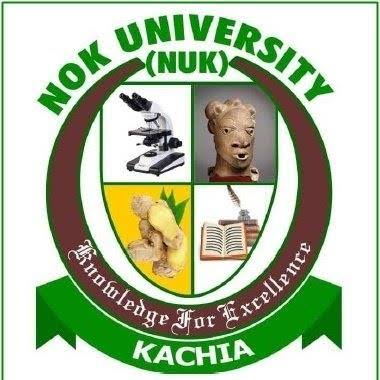 A Federal High Court sitting in Abuja has ordered the interim forfeiture of every asset of NOK University, located Kachia Local Government Area of Kaduna State.
The presiding judge, Justice Zainab Abubakar, gave the order for the interim forfeiture on Wednesday while ruling on a motion ex-parte brought before the court by the Economic and Financial Crimes Commission (EFCC).
The university is alleged to be link with Anthony Hassan, a former Director of Finance and Accounts (DFA) in the Federal Ministry of Health.
Hassan is alleged to have built the university with the proceeds of unlawful activities.
Hassan was a senatorial aspirant of the ruling All Progressives Congress (APC) for the Kaduna South Senatorial District, but stepped down on the day of the primary election.
Hassan who worked in the health ministry between 2016 and 2019 was alleged to have built the university and acquired other properties through fraudulent means.
The court ordered the EFCC to publish the interim forfeiture order in a national newspaper within 14 days for interested parties to show cause why the affected property should not be permanently forfeited to the federal government.
In an affidavit deposed to by Adaora Oragudosi, an investigating officer with the EFCC, the commission alleged that Hassan diverted public funds with which he acquired the identified assets.
Oragudosi alleged that the former director diverted the funds running into billions of naira through the government integrated financial management information system (GIFMIS), an IT-based system for accounting and budget management, designed by the federal government to actualise integrated and automated information systems and promote modernised fiscal processes.
The EFCC investigating officer alleged that Hassan, in his position as the director of finance and accounts, had the final approving authority for all payments made on the GIFMIS and Remita platforms of the federal ministry of health.
“The respondent, as the DFA in the federal ministry of health, appointed projects accountants to handle specific projects and this entails payments being made into their personal accounts from the GIFMIS platform for disbursement to the beneficiaries towards the execution of the projects,” she said.
“While acting as the DFA in the federal ministry of health, the respondent diverted public funds using some of the staff of the finance and account department, who include Data Nanbam, Musa A. Musa, Yar’dua Maikudi, Abubakar Sadiq Bulama, Alhassan Yahaya and Yusuf Barde Ajiji.
“Between 2016 and 2019, the above staff of the ministry of health referred to in paragraph 4 (xxviii), who received funds into their bank accounts as project accountants for the execution of various projects through the GIFMIS platform, handed over the sum of N1,309,508,877 to the respondent for the latter’s personal use.
“The respondent received these diverted public funds either in cash or through bank transfers or indirectly through third parties.
“Whilst being a civil servant, the respondent also incorporated and personally operated other companies named Kyus Enterprises Ltd, Kyus Hotels Ltd and Kyus Oil & Gas Ltd.”
The matter was adjourned to October 5, 2022.