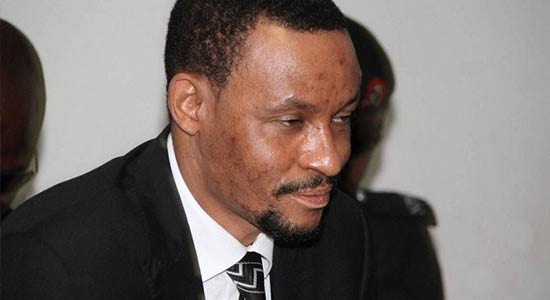 The Chairman of the Code of Conduct Tribunal (CCT), Danladi Umar, on Tuesday, appeared before the Senate Committee on Ethics, Privileges and Public Petitions.
He was invited before the committee, following a petition submitted against him by Clement Sagwak, a security guard he assaulted on March 29, at Banex Plaza, Wuse 2, Abuja.
Sagwak had, in a petition the senator representing Plateau North, Istifanus Gyang, accused the CCT chairman for assaulting him.
Umar who appeared before the senate committee on Tuesday, said he had not been served the petition and requested the committee to give him one week to study the petition which was served on him when he appeared before the committee .
He was however, given two weeks to defend the petition against him.
Chairman of the Committee, Ayo Akinyelure, said the committee resolved to give the CCT boss till May 18, to reappear before the committee.
He added that even though the Senate would proceed on a two-week break on Thursday, the “committee is prepared to reconvene during the break to hear the respondent.”
The CCT boss was caught on camera physically assaulting Sargwak at Banex Plaza, Wuse 2, Abuja, on March 29.
In the five-minute video clip, Umar was seen slapping and kicking the security guard – following a misunderstanding over a parking space on the premises of the plaza.