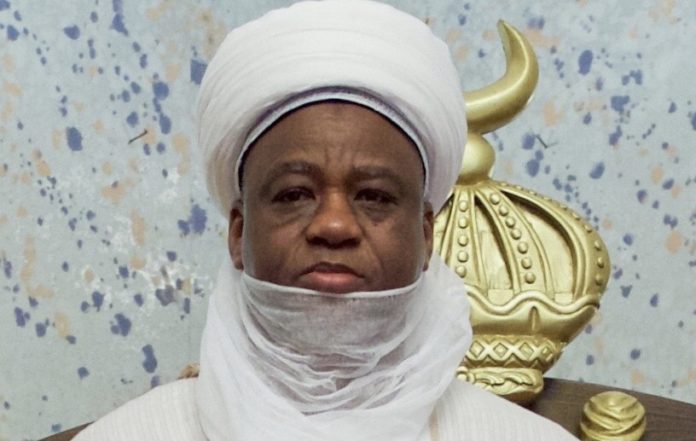 The Tangale community overseas has written an opened letter to the Sultan of Sokoto, Alhaji Muhammad Sa’ad Abubakar III, accusing the Gombe state governor, Alhaji Mohammed Yahaya for suppressing the rights of minority citizens in the state.
The sultan was recently in Gombe state for a summit on peaceful coexistence and nation-building, organized by Dawah Coordination Council of Nigeria (DCCN).
The letter signed by the General Secretary
Tangale Community Overseas, Lamela Lakorok and made available to AmazingTimes,accused the governor of “hiding behind the facade of religion and ethnicity to cause division and hinder a peaceful coexistence among the people.”
The letter also drew the attention of the sultan to the injustice and outright disregard to the wishes of the Tangale people in the selection of the Mai Tangale, the paramount ruler of the Tangale nation in Billiri Local Government Area of the state.
The governor was alleged to have imposed an unpopular person as the new Mai Tangale, the paramount.
The newly appointment traditional ruler was said to have come third during the selection process by the kingmakers. His appointment led to mass protest by the Tangale people.

Below is the full text of the letter:

An Open Letter from the Tangale Community Overseas to the Sultan of Sokoto, following his recent visit to Gombe state

We wish you good health, a long life, prosperity, and peace in your reign.