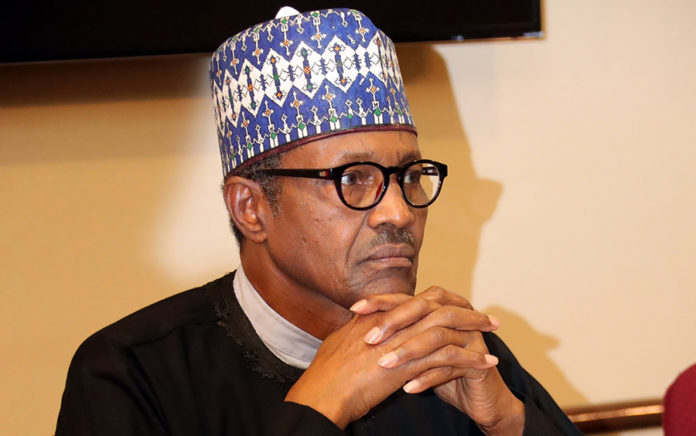 The senate has received a request from President Muhammadu Buhari to consider and pass three critical bills needed to effectively fight corruption in the country. The bills are: Proceeds of Crime Bill, Whistle-Blower Bill and Witness Protection Bill.
The President’s request was contained in a letter dated 14th January, 2022, and read by the Senate President, Ahmad Lawan, during plenary on Thursday.
The letter reads: “I write to inform you that the Government of the Federal Republic of Nigeria participated in the 9th Session of the Conference of States Parties to the United Nations Convention Against Corruption (UNCAC) held from 13th – 17th December, 2021 at the International Congress Center, Sharm El-Sheikh, Egypt.
“At the session the International Community expressed appreciation for Nigeria’s effort in the fight against corruption re-affirming Nigeria’s rating as a leader in Africa in the areas of developing structures for recovery, repatriation, and disposal of proceeds of crime.
“In light of this and the need to continue to increase Nigeria’s Global profile, I hereby request that the National Assembly kindly consider and eventually pass the best possible version of the following bills: Proceeds of Crime Bill; Whistle-Blower Bill; and Witness Protection Bill.
“While anticipating the senate’s expeditious consideration of these submissions, please accept, Distinguished Senate President, the assurances of my highest consideration.”
Meanwhile, the Senate President, Ahmad Lawan, on Wednesday, forwarded two executive communications from President Buhari for the confirmation of Nnamonso Ekanem (Akwa-Ibom, South-South) and Mahmud Abubakar Magaji (Niger, North-Central) as Members of the Federal Judicial Service Commission to the Committee on Judiciary, Human Rights and Legal Matters.
Also forwarded was the nomination of Prof. Mansur Auwalu Bindawa for appointment as New Non-Executive Commissioner of the Nigerian Communications Commission (NCC) to the Committee on Communications.
Both committees were given two weeks to screen the nominees and report back to the senate in plenary.
In addition, two bills seeking to establish the Federal University of Medical Sciences and Biomedical Technology in the six Geo-political zones and for the Regulation of Health Education Practitioners scaled second reading in the senate.
The bills were sponsored by Senators Patrick Ayo Akinyelure (Ondo Central) and Yahaya Ibrahim Oloriegbe (Kwara Central), respectively.
The bills were referred to the Committee on Health for further legislative inputs.
The committee was given four weeks within which to report back to the chamber in plenary.