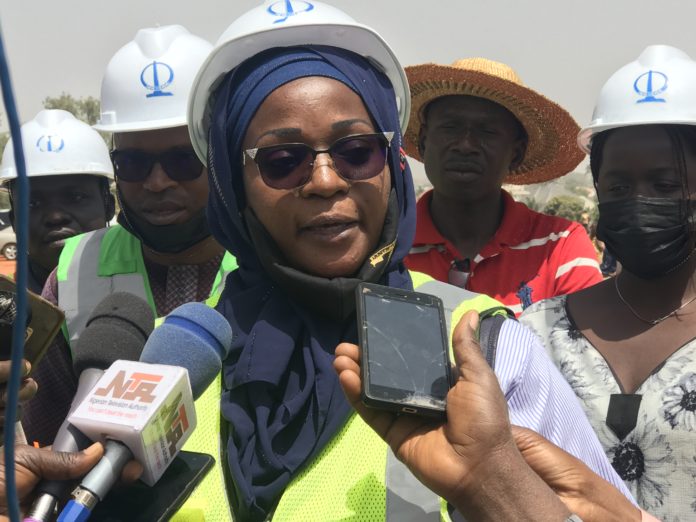 President Muhammadu Buhari is expected to commission more projects executed by the Kaduna state government in May 2022.
The Managing Director of the Kaduna Roads Agency (KADRA), Habiba Buhari disclosed this on Friday while inspecting the multi-billion naira bridge across River Kaduna, connecting Kabala to Barnawa areas within Kaduna metropolis.
The President had during his two-day working visit to Kaduna, in January 20, 2022, commissioned road projects under the Urban Renewal Programme initiated by the Kaduna state government.
Speaking in an interview with journalists on Friday while inspecting the bridge, the KADRA MD said the bridge is among other projects slated for commissioning by the President in May or thereabouts.
She said the bridge being constructed by CCCE Ltd, a Chinese construction company, was on course.
“We have launched about 89 beams so far, preparing to launch a final one. This is usually an exciting time for us.
“The quality of work has been consistently checked by the consultants. We also do our random checks. I think the quality is ok”, she said
According to her, the contractors were “fast approaching their deadline for completion which I believe they should”.
She also disclosed that there is a budget for the payment of compensation to people whose houses would be affected by the construction of the road.
Asked whether all the projects initiated by the El-Rufai administration would be completed before the end of his tenure, she said, “even if not all of them are completed, a substantial of them would be completed”, stressing that “a bar has been raised so that anyone that is coming in, will carry on.”
She called on investors to take advantage of the abundant infrastructures in Kaduna state to ease their businesses as well as create jobs and wealth, which according to her, are very important to the government.
Also speaking, the team leader supervising the project, Mr. Makarfi said the bridge is a dual carriage way and it is very important because it crosses over River Kaduna, connecting Kabala Constain with Barnawa areas in Kaduna metropolis.
According to him, “the bridge was designed to carry generally approved loading which is in the range of 30 tones plus the self weight of the vehicles.
“This particular project is one of the projects slated for presidential commissioning in May.
“So we are really working deligently to ensure that it is completed before then”, Makarfi said.