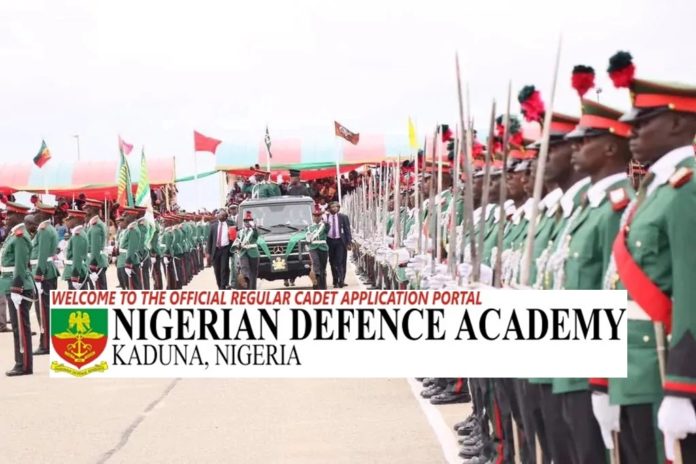 Dare devil bandits have attacked the permanent site of the Nigerian Defence Academy (NDA) Kaduna, killing two officers. Sources said the bandits who arrived in large number also abducted one officer, injuring one other.
The incident reportedly occurred in the early hours of Tuesday.
The wounded officer was said to be receiving treatment at the Academy’s Medical Centre.
According to sources, the bandits invaded the Academy in military camouflage and manoeuvre their way into the Academy, before proceeding to the officers quarters
When contacted, the spokesman of the academy, Major Bashir Jajira said a press statement will be issued soon.
“Good morning Gentleman. A release will be made available shortly. I am waiting the Commandant’s approval”, Jajira responded on the WhatsApp chat group of the NDA and the media.