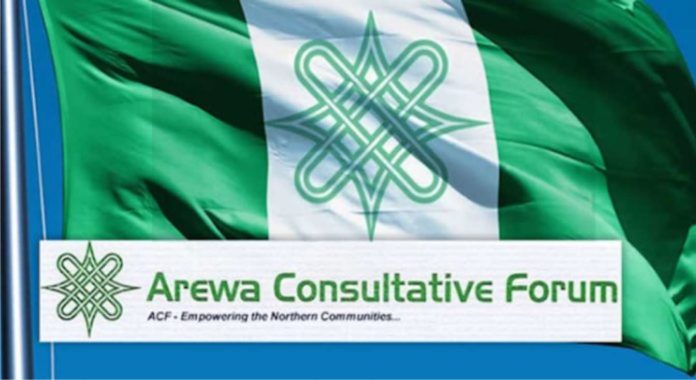 The Arewa Consultative Forum (ACF), has condemned the rampant killings in Benue state, alleging that some indigenes of the state were responsible for the killings.
The forum also attributed the killings in the state to the activities of the livestock guards, set up by the state government to enforce the band on open grazing.
The livestock guard, according to the ACF, rustled cattle in the name of violating the law without accounting for the cows when the owners showed up.
In a statement on Sunday, spokesman of the forum, Mr. Emmanuel Yawe, expressed
concern over the rampant loss of lives in the state “and the seeming attempts by the state government to twist the narrative for political reasons.”The forum also accused security agencies in the state for not giving accurate accounts of the security situation in state, “for reasons that are difficult to see.”
Yawe, said the ACF was worried about the number of reported cases of mass killings in the state.
The statement noted that, the most recent and gruesome of the attacks was on Thursday last week in which about 40 people were murdered, while many people dislodged from their home at Shikaan village in Mbamena ward, Katsina Ala Local Government Area of the state.
“The country home of Commodore Iyortyer Afeah (rtd) who is from the village was completely burnt down with the four people who were inside.
“Another prominent indegenes of the village whose houses were burnt are the late wife of the Justice Katsina Alu, Mrs Victoria Alu, former Chief Justice of Nigeria and Mr Denen Akaa, a retired Deputy Controller General of Immigration”, Yawe said.
According to him, the ACF was informed of the attack, sacking and killings “by competent sources who came to our offices after the Benue Police Command, against all glaring evidence, said the attack never took place.”
He said the sources “came with pictures of burnt homes, dead bodies and those of the wounded. They listed all the victims names.
“Apart from those killed during the attack, many are receiving treatment at the Federal Medical Centre Makurdi.
“From what the victims told the ACF, the attack was organised by some bandits from a neighbouring Shitile/Tiv community.
“The victims said it is possible that those who want to complicate the security situation in Benue for selfish political gains will want to read ethnic/religious meanings into it.”
The statement quoted the sources, as saying, “We were attacked and about 40 of our brothers were murdered in cold blood by our Tiv brothers.
“Nobody should tell you that the Fulanis came to murder us. “Anybody who says so is a liar and the Almighty God will punish him”.
Yawe said, other attacks in Benue “according to sources are associated with the activities of livestock guards appointed by the Benue State government to implement the anti- open grazing law”.
The statement said the ACF was informed that the livestock guards, “rustle cattle and take them away under the pretext of enforcing the law.
“Unfortunately they fail to account for the rustled cattle when the owners show up.
“We have gathered that some agrieved Fulanimen have in frustration launched attacks and killed many Tiv people for this reason.”
The statement said further that the ACF has “received reports that many of the people killed in Gwer West were murdered as a result of the activities of one Emberga Utoo who (allegedly) led a band of livestock guards to rustle about 400 cattle and could not give a proper account when the owners showed up.”
Yawe said, “others killed by the Fulani in reprisal for their cattle rustled by livestock guards are 3 in Tse Jibrin, 3 at Jimba Saqhew, 5 at back Imande Abuul and 10 at Zegejir.”
Yawe said, “We at the ACF are worried about the rampant loss of lives in Benue and the seemingly desperate attempts by the state government to twist the narrative for political reasons and the security agencies who are not giving accurate accounts of the security situation in Benue for reasons that are difficult to see.”